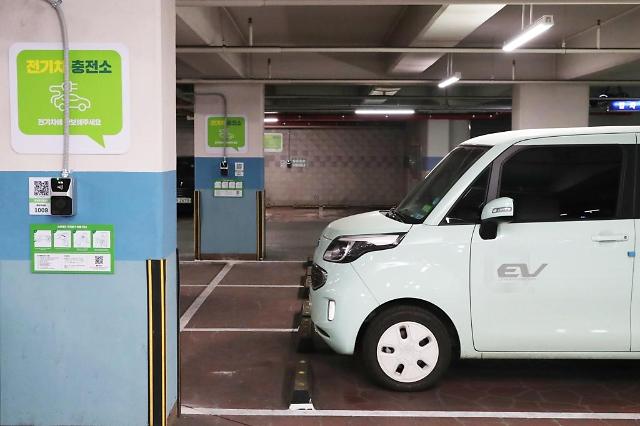 SEOUL -- A district office in Seoul is testing wall chargers that are easy to install like any other electrical outlets and require special power lines or the construction of parking zones for electric vehicles. After three months of demonstration in a disignated place, wall chargers would be installed in other areas.

Seongdong District in eastern Seoul said it has established 64 wall chargers on the third basement floor of its public parking lot. The wall chargers using the internet of things (IoT) technology costs about seven times less than conventional ones.

South Korea has some 90,000 battery-powered cars as of 2019. However, many drivers complain about the lack of charging infrastructure. Because chargers are expensive and bulky to set up, designated stations sometimes create a queue.

The IoT-based wall charger won state approval under the Science and ICT Ministry's so-called regulatory sandbox which exempts regulations on new products or services for a certain period of time to nurture new businesses and develop innovative ideas.