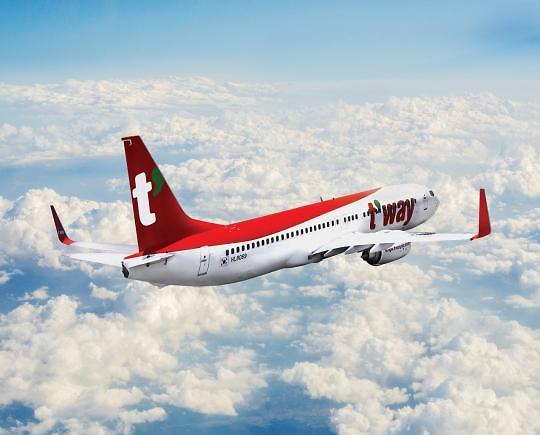 
SEOUL -- South Korean budget airlines made a desperate joint appeal for a swift state-arranged bailout program, including unconditional financial support, saying that they are all in an insurmountable crisis with no escape due to an epidemic caused by a highly contagious coronavirus at home and abroad.

The appeal came on Friday from the heads of six low-cost carriers (LCCs), which have struggled with a sharp fall in ticket sales due to concerns about the fast spread of COVID-19 across borders. They have reduced or suspended flights to key routes in China and Japan.

"We are now in a desperately dangerous situation," they said in a joint statement, warning that because the aviation industry is a national infrastructure, the ripple effect of its crisis on South Korea's economy is "truly enormous." They said various self-rescue measures such as the suspension of route services, asset sales and cost reduction had not worked.

"No self-rescue measures are useful and no escape is seen," the budget carriers said. "It is virtually impossible to raise funds through commercial banking products at this point when the cumulative deficit was reflected in the structure of airlines with high debt ratios."

On February 17, the transport ministry came up with measures such as 300 billion won ($250 million) in loans through the state-run Korea Development Bank and the delayed payment of airport usage fees. Airlines were allowed to set up alternative routes and operate irregular flight schedules depending on market demand.

The budget airlines called for drastic measures including tax breaks, saying that government steps released earlier would not be enough to help the aviation industry overcome its crisis. "There is a need to drastically ease the terms of support and expand the scale so that we can immediately improve liquidity."

Experts have said that South Korea's low-cost carrier market would see a drop in profitability due to the entry of three more budget carriers -- Air Premia, Fly Gangwon and Aero K, which were licensed to launch services.