Jeju Air pushes ahead with acquisition of minor budget carrier 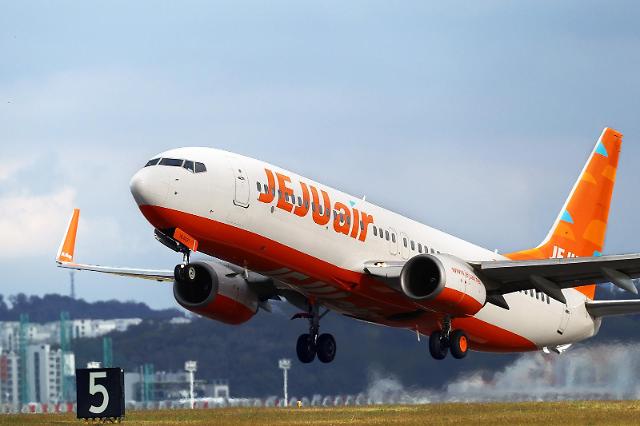 SEOUL -- South Korea's top budget carrier, Jeju Air, pushed ahead with the acquisition of a minor player in the low-cost carrier market at lower prices than agreed earlier, despite a sharp fall in profit and ticket sales caused by the spread of a coronavirus epidemic across borders.

Jeju Air said in a regulatory filing on Monday that it signed an agreement with Eastar Holdings, the largest shareholder of Eastar Jet, to purchase a 51.17 percent stake for 54.5 billion won ($45.5 million), which is lower than 69.5 billion won agreed in December last year.

Through the acquisition, Jeju Air, based on the southern resort island of Jeju and controlled by Aekyung, plans to maximize its operational efficiency by cutting costs using economies of scale and securing price competitiveness. Jeju Air has 45 Boing 737s and Eastar Jet operates 23 Boeing 737s flying to 14 destinations in eight countries.

Jeju Air CEO Lee Seok-joo said that price adjustments were made in consideration of the current situation in South Korea's aviation industry. "We will do our best to stabilize Eastar Jet's management and improve profitability by maximizing operational efficiency."

Jeju Air has made an aggressive investment to increase the size of its fleet and air routes. Initially, Aekyung, a mid-sized business group, had tried to acquire Asiana Airlines, the country's second-largest flag carrier, but HDC Hyundai Development, a comprehensive construction company, has been selected as preferred bidder.

On February 28, the heads of six low-cost carriers (LCCs) appealed for a state-arranged bailout program, including unconditional financial support and tax breaks, saying that they were all in an insurmountable crisis. "We are now in a desperately dangerous situation," they said in a joint statement, adding that self-rescue measures were not useful as they cannot raise funds through commercial banks.