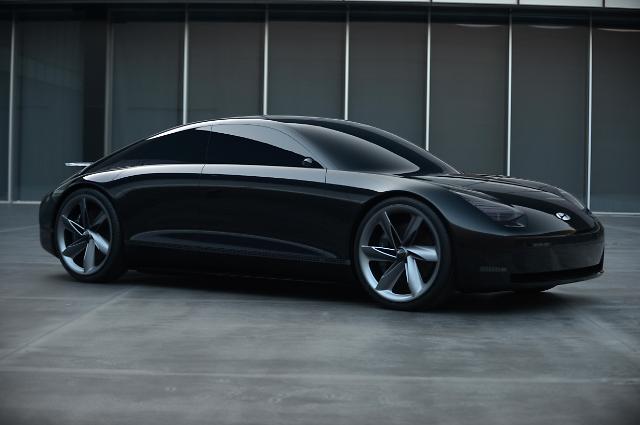 The concept of Prophecy unveiled through Hyundai's website on Tuesday features an aerodynamic design with an extended wheelbase and shorter overhang which Hyundai described as the "Ultimate Automotive Form."

The concept EV model was originally scheduled to be unveiled at the Geneva Motor Show on Tuesday but the carmaker had to showcase Prophecy through its website after the global automotive show was canceled due to the global outbreak of the novel coronavirus that began in China in December last year.

"We have brought to life yet another icon that establishes a new standard for the EV segment as well as pushing Hyundai’s design vision to even broader horizons," Hyundai Global Design Center head Lee Sang-yup said, adding the carmaker's aim is to "forge an emotional connection between humans and automobiles."

Prophecy's "Sensuous Sportiness" design is like that of a weathered stone cut by a clean and simple single-curve streamline that extends from the front of the car to its rear. The carmaker said the design provides excellent aerodynamics which is essential for EVs that focus on the longest driving range and the maximum fuel efficiency.

Unlike other EVs, Prophecy features joysticks instead of a steering wheel to provide a completely new yet familiar and intuitive driving experience. Joysticks provide access to a variety of functions including its autonomous driving technology.