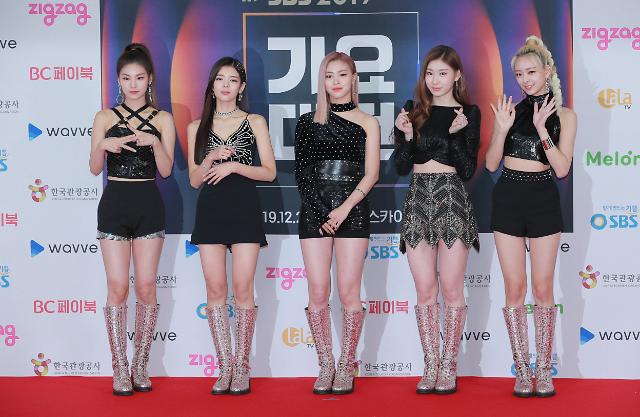 
SEOUL -- ITZY, a teenage K-pop girl band formed by JYP Entertainment, hopes to show a mature look through the group's new album, "IT'z ME," which will be unveiled on Monday through V Live, a live video streaming service, due to concerns over a new coronavirus epidemic.

It was the group's comeback in eight months. The five-member band debuted in February 2019 and earned the title of "Monster Rookie." "The new album's goal is to show we are more developed and grown," Yeji said in a statement released by her agency. "I would be really proud if many people think ITZY has grown up after listening to this album."

Yeji described the title song WANNABE as "the most accurate song that expresses the overall color of the new album. "It emphasized the meaning of 'I want to be myself, I'm precious as I am,'" she said.

Ryujin said members are ready to show a more powerful stage by controlling our strengths."