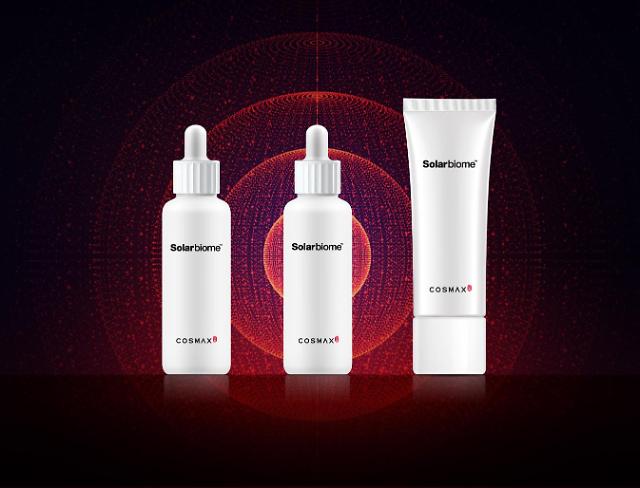 
SEOUL -- Cosmax, a cosmetics original development manufacturer in South Korea, has unveiled new sun care cosmetics by applying a bio-microbial material named "Solarbiome" based on a set of strains found in a NASA project to study effects and responses of space light.

Reviewing NASA's EXPOSE-E project, a Cosmax research team discovered the strains called Bacillus sp. and Deinococcus sp that survived on the surface of a space station and in ultraviolet, radiation and high temperatures. The team conducted an experiment with the strains to microbiological materials as functional cosmetics.

EXPOSE is a facility mounted outside a space station, developed for spaceflights and designed to allow exposure of chemical and biological samples to outer space while recording data during exposure. EXPOSE-E studies organic compounds to understand the chemical behavior of organic molecules in the space environment.

Solarbiome helps to restore aging skin from the sunburn and is very effective in ultraviolet protection, Cosmax said, adding that it has excellent resistance to the external environment, blocks ultraviolet and features the recovery of cell damage and prevention of aging.

Cosmax has developed Solarbiome sunscreen using inorganic sunscreen materials to reduce irritation to the skin. Because of its moisture base, it has no white cast and has a light and fresh feel of use. Cosmax said its products applied with Solarbiome will be released in the form of primer, fluid, cream and ampoule.

The company plans to expand its product line to color cosmetics in the future.