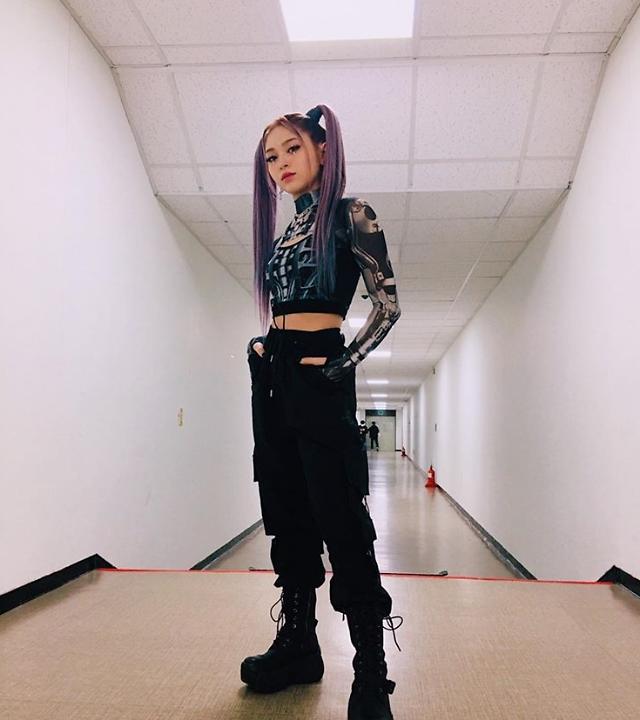 SEOUL -- Alexaundra Christine, an American singer and dancer better known by her stage name AleXa in South Korea, will hold an online showcase to celebrate the release of her very first mini-album, following the global trend among artists holding online concerts to promote social-distancing in order to prevent the spread of the novel coronavirus infection.

ZB LABEL, the 23-year-old's agency, said in a statement on Tuesday that AleXa will hold an online concert via Twitter on Thursday to celebrate the release of "Do Or Die", The singer's first mini-album scheduled to be released globally on Wednesday.

AleXa was born and raised in Tulsa, Oklahoma, to a mother of Korean descent and a father of American-Russian descent. In 2018, she participated in Produce 48, a survival reality show hosted by Mnet, and was eliminated. In October 2019, she made her solo debut with the digital single album "Bomb".

The singer signed a contract with ICM Partners, a talent and literary agency based in Los Angeles, earlier this month. The American agency will support AleXa's singing career as well as her appearance in TV programs, movies, dramas and festivals.

​To promote social-distancing, a global social campaign that is designed to have people stay at home instead of engaging in social activities and meetings to prevent the spread of COVID-19, global artists such as British band Coldplay has held small online concerts through social media.

Berlin Philharmonic, a Berlin-based orchestra, has canceled all schedules until April 19 and opened its digital concert hall to the public. Any music lovers can enjoy some 600 video content of the world-class orchestra's performances that date back to the late 1960s until very recent days.