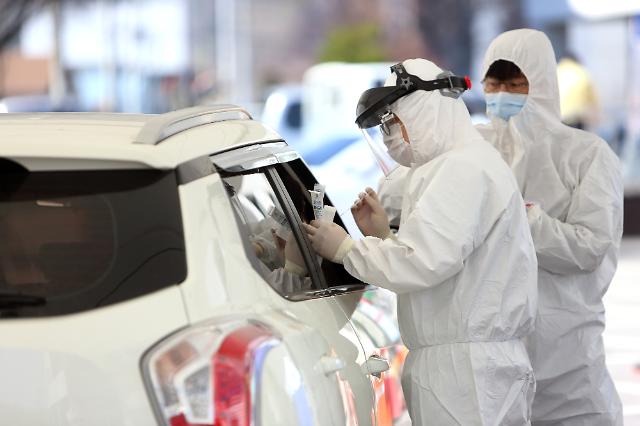 SEOUL -- Anti-epidemic authorities warned of "explosive community infections" that could lead to the collapse of South Korea's health system as seen in Europe and the United States as the public showed mental fatigue over prolonged social distancing that has played a crucial role in stopping a spike in patients infected with a new coronavirus.

South Koreans have demonstrated strong unity and will in a national fight against a COVID-19 epidemic since the first patient was reported on January 20. It's not perfect, but many people have faithfully followed quarantine guidelines, leading to a dramatic decrease in the number of daily new cases.

As of midnight on April 5, some 3,500 patients are still hospitalized while 6,598 others have been cured, according to the Korea Centers for Disease Control and Prevention (KCDC). The virus has killed 186 people.

Health officials called for constant alert, saying social distancing has weakened in the past two weeks, with outdoor activities increasing in some areas frequented by young people and springtime picnickers. "The situation is not yet reassuring, and there is a risk of COVID19 surging at any time," Deputy Health and Welfare Minister Kim Kang-rip told a regular press briefing on Monday.

The weekend movement of people on April 4 increased by 20 percent, compared to the end of February, Kim said, adding that of new recent cases, the infection route of up to 10 percent has not been determined. "It means there are infections within the community that the quarantine authorities don't know."

"Explosive community infections in Europe and the United States can always be seen in our society, and there is still a severe risk that could lead to the collapse of the health care system and a surge in mortality," Kim said.