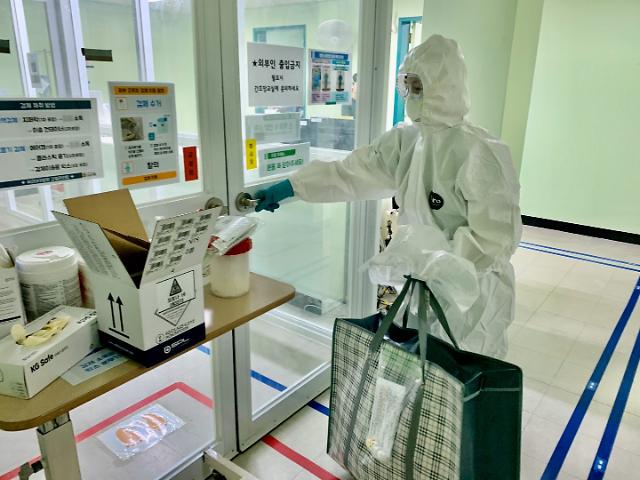 SEOUL -- In their fight against a new coronavirus epidemic, South Korean health officials are struggling with an inexplicable phenomenon caused by the re-infection of more than 100 people who have been cured and discharged from hospitals.

South Korea's national fight against COVID-19 has been hampered by asymptomatic infections and the dynamic nature of COVID-19 since the first case was reported on January 20. Another factor that has annoyed health officials was the re-infection of those who have fully recovered.

As of April 12, 116 cases of re-infection have been discovered, KCDC director Jeong Eun-kyeong told a regular press briefing on Monday. An epidemiological survey should be conducted, but Jeong suggested that the virus might have been reactivated as many were infected again in a very short period of time after they were discharged from quarantine.

"Since it's a new virus, there's a lot of unknown information. An investigation is underway into what reasons worked, and many experts and our quarantine authorities believe that the virus is likely to have been reactivated," Jeong said, adding there has been no extra patient infected with infection through the reactivation of COVID-19.

Speaking on and on, Jeong has insisted that health officials release cured patients only after they test negative in meticulous and repeated screening with reliable test kits. However, some critics do not think so, raising the possibility of human or mechanical errors. Re-infection is certain to become a hot topic in the medical community if South Korea successfully contains the epidemic.