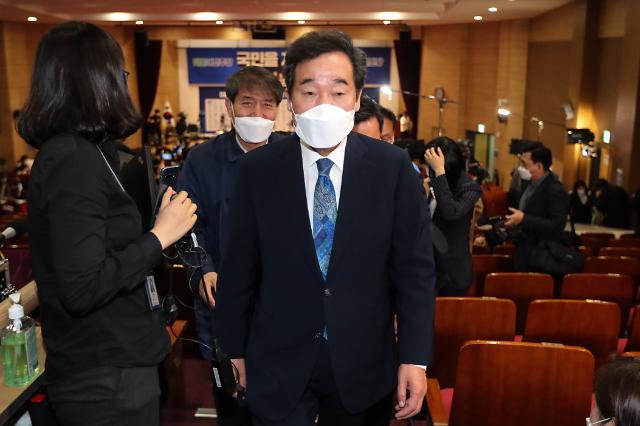 SEOUL -- The ruling party of South Korean President Moon Jae-in was in a state of guarded optimism and excitement as a joint exit poll conducted by major TV stations found that it is predicted to secure a stable majority of seats in elections to form a new legislative body.

This year's parliamentary elections for legislators in 253 constituencies and 47 proportional representatives, were seen as an interim evaluation of job performance by President Moon Jae-in who took office in May 2017 after his predecessor, Park Geun-hey, was impeached and jailed for a massive corruption scandal.

If the exit poll becomes a reality, Moon would consolidate his leadership and push ahead with reforms that have been put on hold due to a bitter standoff in parliament. Turnout stood at 66.2 percent, the highest in 28 years.

Three other TV stations gave similar predictions, but margins were too wide to have a clear picture. "Predictions are just predictions. We should be cautious," said former prime minister Lee Nak-yeon, who has served as a symbolic leader in the ruling party's election camp. "I'm waiting for the results of vote counting very carefully."

"We've engaged in campaigning, acutely feeling the public's stern orders to quickly overcome infections by a new coronavirus. "Afterwards, we will make every effort to overcome the national crisis as our top priority," said Lee, who is locked in a high-profile race with UFP leader Hwang Kyo-ahn in an important district in central Seoul.

Hwang refused to concede defeat, saying competition is fierce in many areas. "There are still many areas of contention, and I think people have made a wise choice."

Lee In-yong, a senior DP official, suggested that voters have positively assessed government efforts to contain the COVID-19 epidemic. "(Voters) may have felt that they should support the government to lead state affairs and operate it in a stable manner at an emergency time."

The ruling camp now controls 128 seats in the 300-member unicameral National Assembly, compared with the main opposition group's 112 seats. The remainder was held by splinter parties and independents.

Of 43.99 million eligible voters, a record high of 26.69 percent cast ballots in two-day advance voting, showing the public's high interest in this year's parliamentary elections which took place at the height of a global pandemic.