Researchers use octopus neuromodulator to treat cognitive disorders or depression 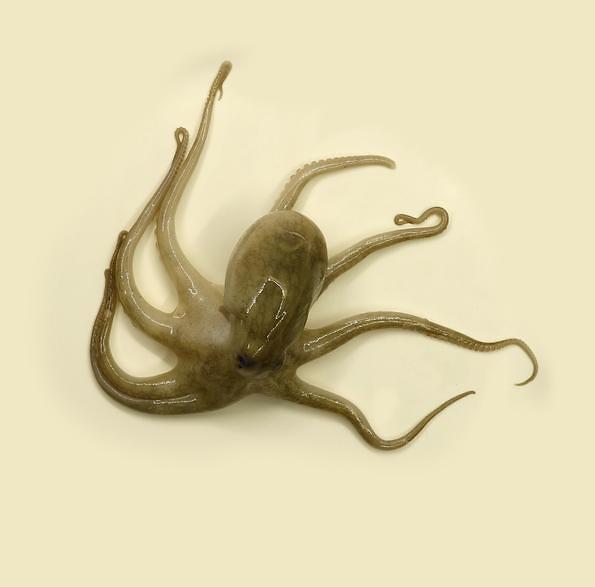 
SEOUL -- Using a neuromodulator discovered from small octopuses which have the most intelligent and complex brain nervous system among invertebrates, South Korean researchers are pushing for the development of new bio drugs or health functional foods for the treatment of cognitive disorders or depression.

Experimental mice injected with the neuro control substance discovered in a genetic study on octopuses showed an improved cognitive function and a reduced depression behavior, the Ministry of Oceans and Fisheries said, adding a related patent application has been completed.

"This is the first time in the world that the neuromodulator of octopus has been found to be effective in mammals," the ministry said in a statement on Monday. Researchers would push for technology transfer by 2023 to develop new bio drugs or health functional foods for the treatment of cognitive disorders or depression after clinical tests.

As part of a state project to analyze genetic information on humans, animals and plants, the Marine Biodiversity Institute of Korea and the Korea Institute of Toxicology have pushed for the development of health care and renewable medical materials based on biological information on genomes of marine animals.

The institutes have successfully analyzed genetic information on the new substance discovered from octopuses that can navigate their way through mazes, solve problems quickly and remember those solutions, at least for the short term. The search would allow the development of various neuro regulators by artificially synthesizing the substance's analogs, the ministry said.

"We will continue to actively support related research in the marine and fisheries sectors, and excellent results will continue to be commercialized," Kim In-kyung, a ministry director, was quoted as saying. Various kinds of neuroregulators can be developed by artificially synthesizing analogs, the ministry said.