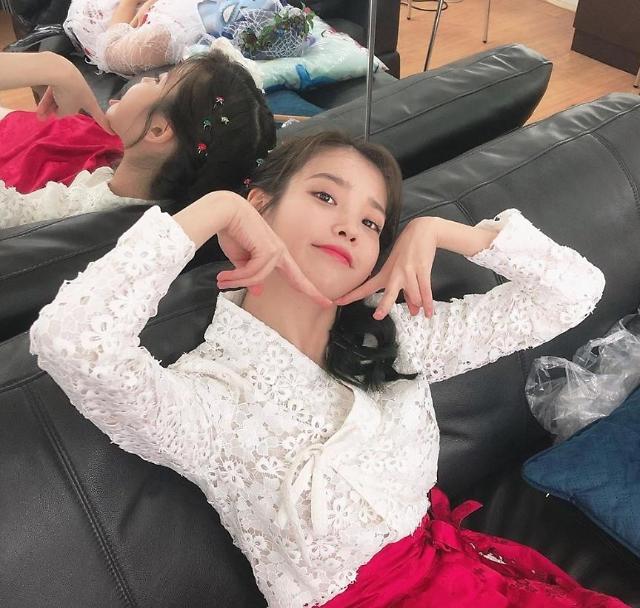 SEOUL -- Singer-actress IU, one of the most popular female artists in South Korea's entertainment scene, has collaborated with BTS member Suga to release a new song next month.

"The two have shared their opinions based on their sympathy as musicians of the same age and incorporated their own synergy into the music," EDAM Entertainment, the 26-year-old singer's agency, said in a statement on Monday. IU will release a new digital single and a music video on May 6.

This is the first time for IU and Suga to collaborate in a song. The two have actively participated in the creation of songs as producers while collaborating with other artists from South Korea and abroad.

IU began her singing career as a solo artist in 2008. She has released popular songs such as "Palette", "Through the Night" and "Good Day". She is also popular in South Korea's TV drama scene, taking on main roles in hit dramas such as "My Mister" and "Hotel del Luna".