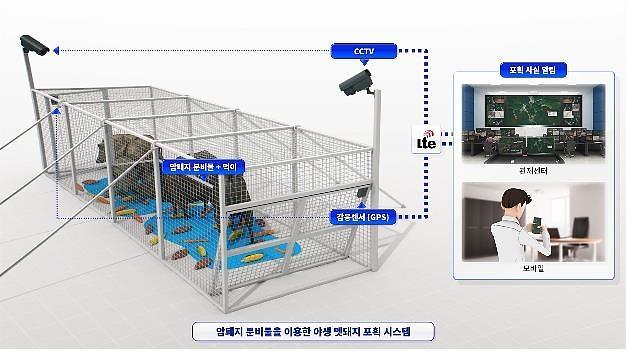 SEOUL -- Researchers have used the secretion of female domestic pigs to effectively lure and capture wild boars that have been mercilessly hunted for carrying the deadly and highly contagious African swine fever virus.

Researchers have succeeded in trapping up to seven wild pigs at a time through a field test. The cage trap is connected to a wireless internet network so that it can be remotely monitored.
They are now developing a method using artificial intelligence-based sensors to detect the body heat of wild pigs and noises they make.

Since the first case of African swine fever (ASF) was reported in May, South Korea has deployed government workers, hunters and soldiers especially in remote front-line areas near the demilitarized zone (DMZ) that bisects the peninsula. The hunt has continued in spite of a massive anti-epidemic campaign to contain the spread of a novel coronavirus.

China, which is the world’s biggest pork producer, became the first Asian country to be hit by ASF in August 2018. The epidemic has spread to other Asian countries. ASF is not harmful to people, but it is highly fatal for pigs.