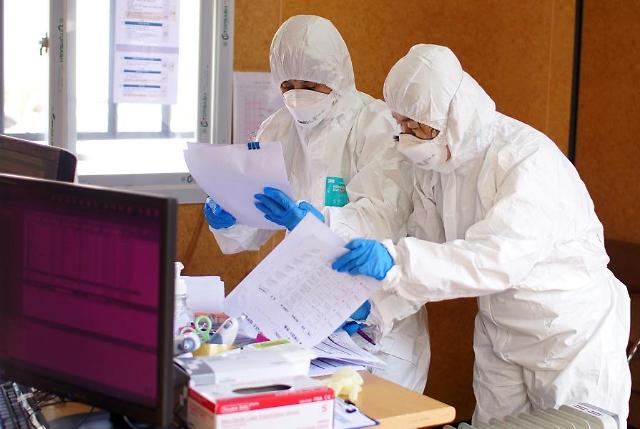 
SEOUL -- A novel coronavirus has not been detected in South Korea's first full-fledged "sample pooling," a quick diagnostic method of preventing herd infections at vulnerable places, which was conducted at nursing hospitals in the metropolitan area.

The examination of 6,544 samples collected from 46 nursing hospitals in Seoul and its surrounding province was conducted from Mary 17 to April 27, according to the Korea Centers for Disease Control and Prevention (KCDC), a state health watchdog which has introduced a "pooling protocol" to prevent cluster infections.

Mass infections at nursing hospitals and care facilities for old people have created a major obstacle to South Korea's anti-epidemic campaign since the first case was reported on January 20. To quickly find out if the virus has penetrated, health officials have joined hands with the Korean Society for Laboratory Medicine to create the new protocol that combines up to 10 samples into one.

Samples should be re-tested individually if the first test is positive. The new method is useful to sort out virus carriers showing no symptoms from risk groups such as those who are housed at nursing facilities and require periodic inspections.

Health officials said they would use sample pooling frequently as an effective anti-epidemic tool in their fight against COVID-19 to find patients hidden in communities.