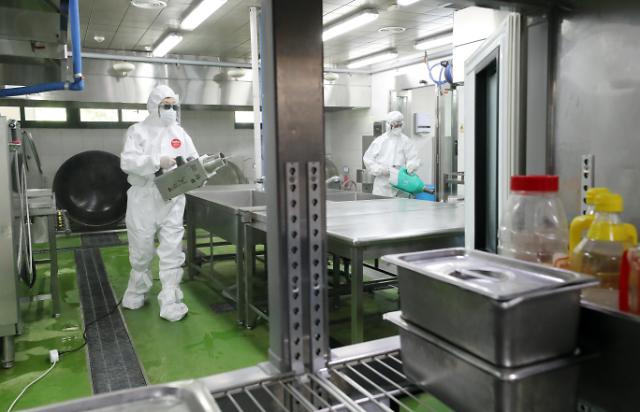 SEOUL -- Contamination through air conditioning has become a new source of concern among health officials as South Korea eased social distancing guidelines to permit greater social and economic activities than before, with millions of students ready to go back to school campuses gradually.

Health officials and experts are working on guidelines on the use of air conditioning, especially at schools. High school seniors and students at small elementary and middle schools in remote areas will return to school on May 13, followed by the gradual opening of classes for other grades until June 1. The first semester, which normally opens in early March, has been postponed. Online schools opened on April 9.

The Korea Centers for Disease Control and Prevention (KCDC) recommends frequent ventilation to bring in fresh air when classrooms use air conditioners. "In principle, ventilation is important, but the use of air conditioners may be inevitable due to high indoor temperatures, perhaps in the absence of summer vacation this year," said KCDC Deputy Director Kwon Jun-wook.

Health officials believe COVID-19 can spread in centrally air-conditioned places. The Federation of European Heating, Ventilation and Air Conditioning Associations (REHVA) recommends the operation of ventilation systems as much as possible. In buildings without mechanical ventilation systems, the federation suggests windows should be kept open for at least 15 minutes before somebody enters.

"I think the use of air conditioners is possible if we ventilate it through the window from time to time," KCDC director Jeong Eun-kyeong told a regular press briefing on Wednesday, citing a Chinese study which found that virus-laden small aerosolized droplets can remain in the air with droplet transmission being prompted by air-conditioned ventilation.

"A lot of research and experiments have yet to be done," Jeong said, adding the Chinese study has just analyzed an isolated case in one restaurant which had no windows for ventilation. Jeong said it would be better to restrict the use of air purifiers due to concerns about filter contamination.