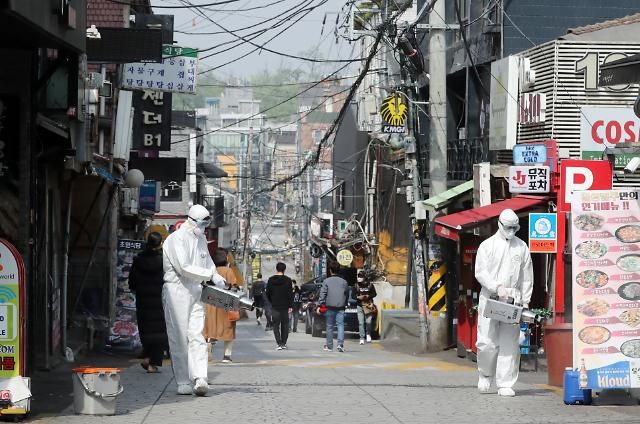 SEOUL -- South Korean police are tracing more than 3,000 people who went into hiding for fear of public humiliation after visiting gay clubs as the number of COVID-19 patients related to the epicenter of gay nightlife in Seoul rose to 86, sparking a feeling of strain and hurry among health officials.

The police agency in Seoul said that it would deploy a quick response team to check the identity and whereabouts of thousands of people who have visited gay clubs in Itaewon, an international tourist hotspot, by securing phone numbers, the history of credit card usage, a list of mobile phone base station access. CCTVs would be checked.

City officials have acquired a list of 5,517 people. Seoul City Mayor Park Won-soon said that 2,405 people including 28 foreigners are available for an epidemiological investigation but 3,112 others are out of contact. "Basically, we are seeking voluntary cooperation," Park said, warning of legal punishment with a fine of two million won ($1,639) if they intentionally and deliberately ignore his order.

The government adopted the carrot-and-stick method to draw gays out of the dark with a pledge to guarantee anonymous inspections. "I sincerely ask those who have visited Itaewon between April 24 and May 6 to take a diagnostic test, even if they have no symptoms," Yoon Tae-ho, a state anti-epidemic center official, told a regular press briefing on Monday.

"If we hesitate one day, our daily lives may stop a month," Yoon said, adding the government would strictly protect and respect personal information for those who come out voluntarily. He urged the public to refrain from criticism and hated against the sexual minority group.

The fresh outbreak began after a 29-year-old man made a free-wheeling overnight trip on May 1 through five gay bars and dance clubs in Itaewon well known as the gay community's best-known party scene following a holiday journey of urban and rural areas with three friends. Health officials in Seoul also closed a sauna used by gays to take a bath, sleep and find sex partners.

The outbreak in Itaewon has embarrassed health officials as it came after South Korea eased social distancing guidelines to permit greater social and economic activities than before, with millions of students ready to go back to school campuses gradually from May 13.