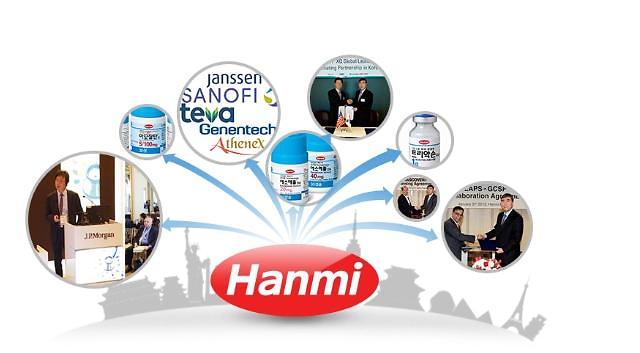 
SEOUL -- Hanmi Pharmaceutical, a major drugmaker in South Korea, suffered a setback in its push for the quick commercialization and distribution of a new diabetes drug candidate after Sanofi S.A., a French multinational pharmaceutical company, decided to terminate a 2015 deal without completing a final-stage clinical trial.

Hanmi promised to find a new partner after completing consultations with Sanofi, saying the ruptured deal has nothing to do with the effectiveness and safety of its new drug candidate, efpeglenatide. The South Korean company would not return 200 million euros ($216 million) in down payment it has already received.

Hanmi licensed out the treatment to Sanofi in November 2015. However, Sanofi's new CEO Paul Hudson has unveiled a new business strategy to stop research in the fields of diabetes and focus on anti-cancer and rare diseases.

Hanmi said in a regulatory filing that it has received a notice from Sanofi to return its rights. "The two companies will finalize the return of rights after 120 days of consultation," Hanmi said, adding the notice is based on a change in business plans under Sanofi's new CEO to suspend research on diabetes,

"It has nothing to do with the effectiveness and safety of efpeglenatide," Hanmi said. "Currently, efpeglenatide's global phase III clinical trial is mostly in its final stage, and the two companies have decided to discuss ways to complete the clinical trial, while Hanmi Pharmaceutical will find a new global partner."

What Hanmi expected from Sanofi is the French partner's development capacity and its global sales and marketing network. The broken partnership comes as Hanmi is trying hard to regain its reputation tarnished by a series of failures in new drug development.

In October 2016, Boehringer Ingelheim walked away from its $730 million partnership with Hanmi over safety concerns of Olita (Olmutinib) during clinical trials. Hanmi stopped the development of Olita, which used to be touted as a "breakthrough therapy" for patients who have developed a tolerance to existing lung cancer treatments.

In January 2019, Eli Lilly and Company, a U.S. company, returned its right to develop and commercialize Hanmi's new drug candidate for the treatment of immune diseases because interim results showed a lack of efficacy. Last year, Janssen Pharmaceutica, based in Belgium, gave up clinical research into a candidate substance developed by Hanmi for a new drug that helps diabetes patients lose weight and control blood sugar.