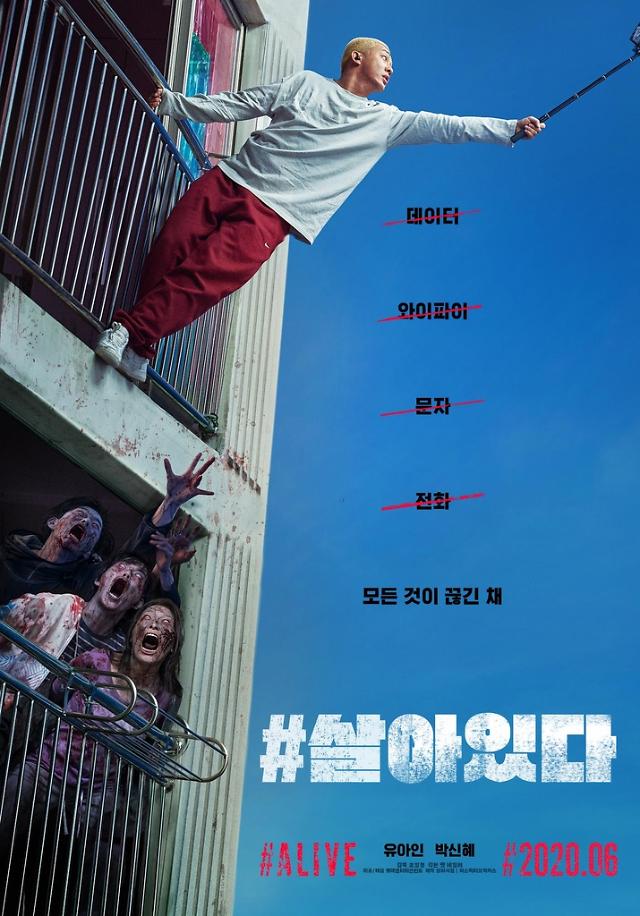 Lotte Entertainment, the film's distributor, said in a statement that #ALIVE will hit the silver screens next month. The exact date was not disclosed. The zombie film is an adaptation of a 2019 Hollywood screenplay "Alone" by Matt Naylor. The Hollywood version has not yet been released.

#ALIVE depicts a story about people locked inside an apartment building after a zombie virus pandemic has swept across the world. Left with no WiFi and other everyday necessities, survivors carry on with their ordinary lives among zombies that infest the land.

The zombie films were considered as B-grade low-budget films suitable for killing time in South Korea until "Train to Busan,", a 2016 zombie film directed by Yeon Sang-ho, garnered unexpected popularity at home and abroad. Afterward, several zombie-themed films have been released but they failed to draw a big audience.