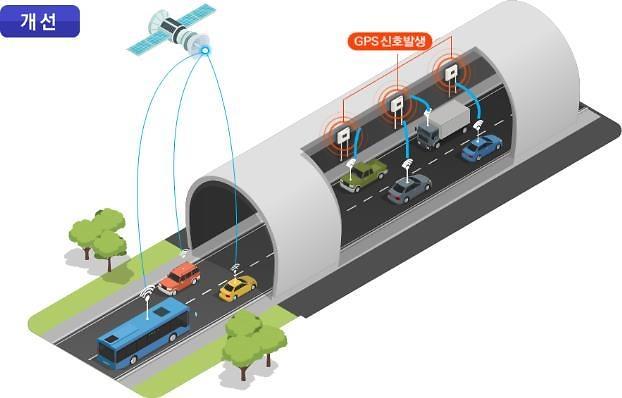 SEOUL -- A research institute will help drivers receive global positioning system signals for navigation devices inside underground structures and tunnels by constructing a network of signal generators that would allow drivers to receive emulated signals.

According to data released by Korean Click, an online marketing research firm, about 72 percent of drivers use navigation services with smartphones. However, navigation services based on global positioning system (GPS) signals sent by satellites become useless when a vehicle moves through underground structures such as indoor parking lots and tunnels.

Seoul Institute of Technology (SIT) said on Wednesday that it would demonstrate the operation of 10 GPS signal generators inside a tunnel in central Seoul that is about 1.5 kilometers (0.9 miles) long. The signal generators will provide the exact location of a moving vehicle for GPS navigation services operated on smartphones or car infotainment systems.

GPS is considered an important aspect of self-driving cars that detect traffic and other on-road obstacles using sensors such as lidar, radar and cameras. The cars can plan their optimized course and navigate with map data based on GPS.

Autonomous vehicles have been demonstrated in Seoul but they traveled on open roads guided by an array of sensors. Some test runs were carried out at night to avoid traffic. Insurance companies in South Korea provide discounts on annual fees to drivers who own cars with a built-in navigation system or use a smartphone navigation app.