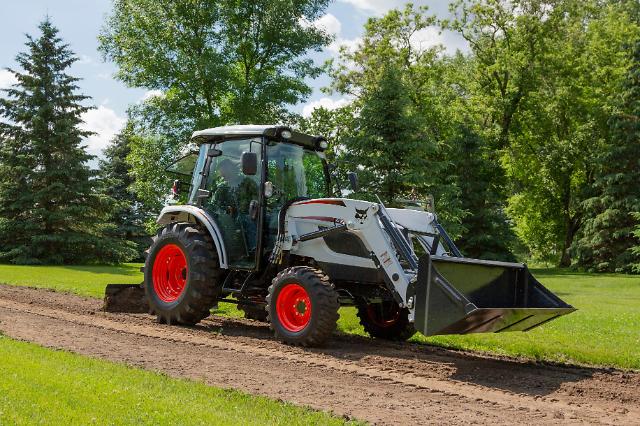 SEOUL -- In a preemptive move to secure liquidity in case of a prolonged coronavirus pandemic in North America, the U.S. subsidiary of Doosan Bobcat, a construction equipment maker affiliated with South Korea's Doosan Group, will issue some $300 million in corporate bonds with a maturity of five years.

Doosan Bobcat said in a regulatory filing on Thursday that it would offer debt guarantees and shares of subsidiaries as collateral for the issuance of corporate bonds by its U.S. subsidiary, Clark Equipment.

The issuance of corporate bonds comes as the Doosan group is under pressure from creditors to sell non-core assets for its troubled flagship, Doosan Heavy Industries & Construction which would be kept afloat with the injection of special loans from state lenders in return for a self-rescue package presented by its parent group.

Doosan Bobcat's consolidated first-quarter operating profit was down 23.4 percent from a year ago to 86.8 billion won ($70.7 million). Sales rose 0.2 percent on-year to 1.64 trillion won, but net profit fell 51 percent to 33.5 billion won. In December 2019, Doosan Bobcat signed a deal worth $82 million to acquire the business of riding zero-turn lawnmowers from Schiller Grounds Care, an American manufacturer of gardening, landscaping, and turf care equipment.

Doosan Heavy, saddled with 4.2 trillion won in loans due this year, has promised to pay back its debt by cutting costs and selling non-core assets. The company posted a net loss of 371.4 billion won in the first quarter of this year, compared to a profit of 52.8 billion won a year ago.