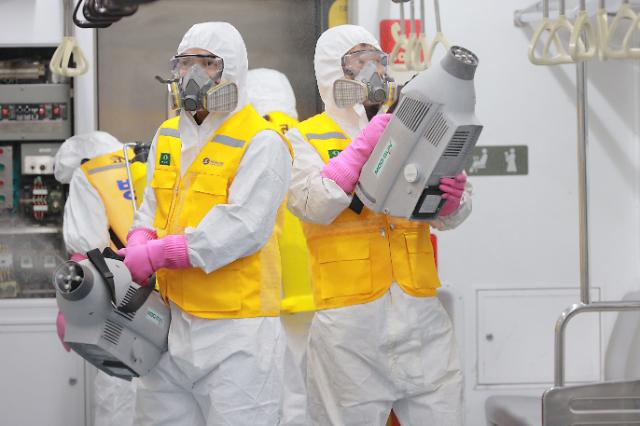 SEOUL -- A 27-year-old man was sentenced to four months in prison, becoming the first person to receive a jail term in South Korea for violating rules on obligatory quarantine imposed by health authorities to monitor health conditions after he contacted or stayed close to COVID-19 patients at a hospital.

The man identified by his surname Kim was punished under a new infectious disease control law which was strengthened on April 5. Initially, the law had the highest sentence of three million won ($3,226) in fines but was revised to raise it to one year in prison or 10 million won in fines.

"The nature of his crime is not good" because Kim visited dangerous facilities used by many people to drink without permission simply because he was pent-up, a criminal court in Uijeongbu, a northern satellite city of Seoul, said in its ruling on Tuesday.

Kim was put into compulsory quarantine for two weeks after being discharged from a hospital in Uijeongbu in early May when ordinary patients and medical staff were infected with COVID-19. He was detained on April 18 for going AWOL.

Since a related law was revised for strict social distancing, health officials have taken strong steps against any violators of quarantine rules, sending fellow countrymen to prosecutors for indictment and deporting foreigners to their home countries.