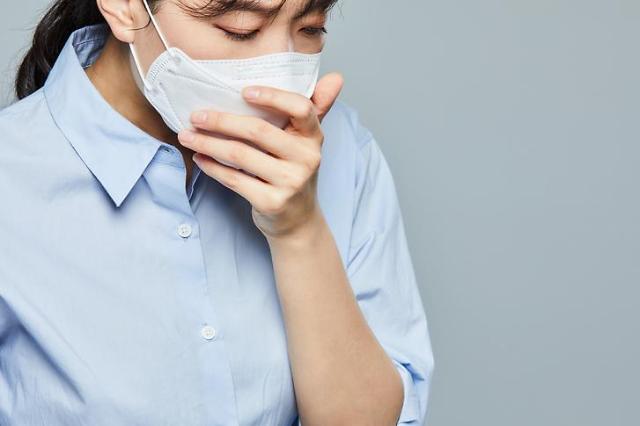 SEOUL -- A COVID-19 pandemic that prompted people to improve their personal hygiene habits such as wearing masks and sanitizing hands has eventually lowered the number of patients visiting clinics for the treatment of a common cold.

According to UBCARE, a digital healthcare company, the number of common cold-related prescriptions issued by clinics and hospitals has decreased by 71 percent in April compared to the same period last year. The company used its medical prescription analytic solution called UBIST to collect data.

UBCARE said that an improved personal hygiene habit has reduced the frequency of children visiting hospitals for the common cold. In March and April this year, the number of common cold prescriptions for patients under the age of 19 fell 67 percent and 76 percent, respectively, from a year ago.

In May, compulsory rules were imposed for people to wear masks when they use public transport. Many buildings with busy on-foot traffic set up gateways equipped with thermal imaging cameras to filter out people with high body temperature.

About 1,100 virus screening centers have been set up nationwide to stop the spread of the disease. As of May 26, more than 839,000 tests have been carried out to detect 11,225 COVID-19 cases. The epidemic caused 269 deaths, while 10,275 fully recovered people have been discharged from hospitals.

The healthcare company analyzed that improved hygiene habits have reduced the chance of people catching a cold. UBCARE said the suspension of schools and pre-schools played a role in slowing the spread of a common cold.

South Korea shut down schools in early February when the first COVID-19 case was found. Some state-run kindergartens offered nursing classes for children with working parents, but older students have learned through online class sessions at homes.

As schools started reopening on May 13 gradually, parents shared fears and worries. "I am scared that my daughter could get infected with a novel coronavirus at her school," Ahn Mi-ro, the 38-year-old mother of a second-grade primary school student living in the southern port city of Busan, told Aju News. "I am thinking of not sending my daughter back to school this year."