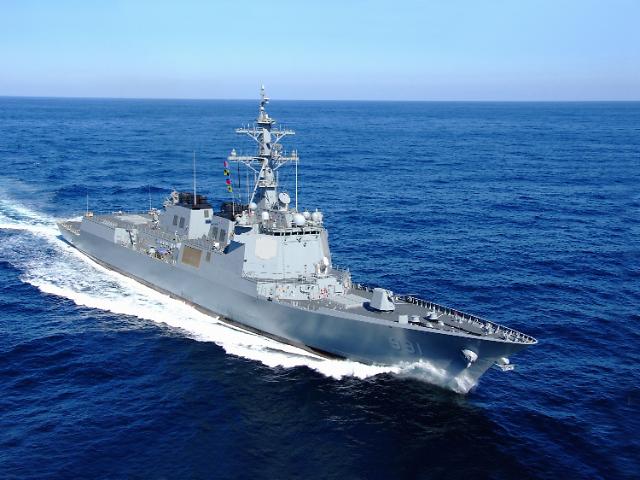 SEOUL -- A military project to develop South Korea's next-generation "mini Aegis" destroyer was made official after a state body controlled by the Defense Ministry issued a bid notice for the basic design of the stealthy warship to be equipped with a combat system developed with pure domestic technology.

The Defense Acquisition Program Administration (DAPA), a state body controlled by the Defense Ministry, said on Friday that a company will be selected within this year to complete the basic design of KDDX destroyers by the second half of 2023. DAPA will push for construction from 2024.

DAPA said that he KDDX (KDX-IV) project is to secure combat ships that will be operated as the Navy's core force, and to develop independent Korean-style destroyers by aggregating accumulated technologies for domestic ship construction and weapons development.

"In line with the recent trend of technological development, ship automation and electric propulsion systems, we hope it will greatly contribute to improving the operational capability of the Navy by developing them to facilitate performance improvement in the future," the agency said.

KDDX will be equipped with advanced sensors and missile defense as well as stealth characteristics. The size will be between that of 4,200-ton KDX-II destroyers and Aegis destroyers. The agency gave no further details, but there have been unconfirmed reports that South Korea would build six KDDX-class stealthy destroyers by 2030.

In early May, an independent electric-drive propulsion technology for South Korea's next-generation destroyers was unveiled by Daewoo Shipbuilding & Marine Engineering (DSME). The shipbuilder will begin basic design this year on a system similar to that used by the Zumwalt-class U.S. destroyer installed with turbo-generators.

Zumwalt is the first US Naval surface combatant to feature all-electric propulsion. The multimission destroyer integrates an all-electric drive with an integrated power system that can send electricity from turbo-generators to electric drive motors or weapons. The class requires a smaller crew and is less expensive to operate than comparable warships.