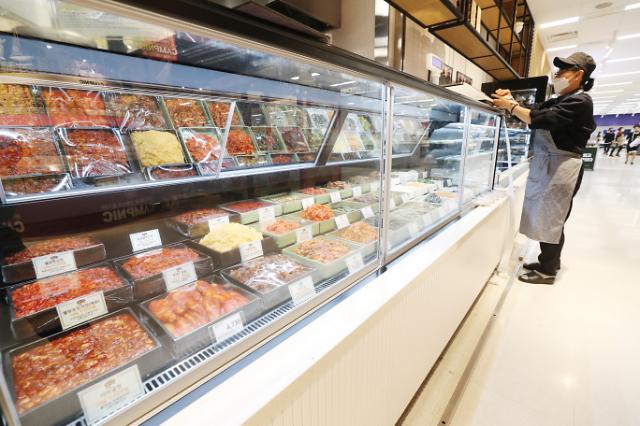 SEOUL -- Some 60 percent of the one-off payment of relief money to all households, which have seen their income shrinking due to the reduction of economic activity since a new coronavirus epidemic hit South Korea in January, was spent on purchasing food-related products, eating out or ordering food for delivery.

South Korea started paying a total of 14.24 trillion won ($11.62 billion) in emergency disaster relief money to 21.7 million households from May 11. One person household received 400,000 won, a two-member household 600,000 won and a three-member household 800,000 won. A household with more than four members got one million won.

In a survey of 880 consumers, the Rural Development Administration, a state agriculture organization, found that 60 percent of relief money was spent on food-related items, 10.9 percent on medical expenses, 10.7 percent on industrial goods, 7.2 percent on cultural activities and 6.1 percent on educational expenses. Meat consumption has seen a big increase, leading to a hike in pork and beef prices.

The collective payment of state money to each household is aimed at reviving the economy by boosting private consumption. The government appeared to have achieved an intended effect as many consumers visited markets and stores to buy fruits, vegetables, meat and other agricultural products for cooking at their homes and spent money on eating out or ordering food for delivery.

Department stores, big shopping malls and entertainment facilities were excluded from a list of consumption target areas and households should spend relief money by the end of August.