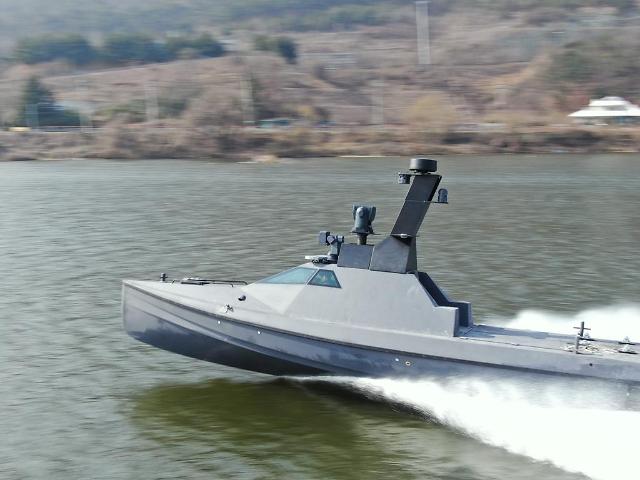 LIG Nex 1 said in a statement that the company has signed a cooperative agreement with the Korea Institute for Advancement of Technology (KIAT) to develop, demonstrate and commercialize unmanned patrol boats, which are part of a 25.7 billion won ($21.1 million) government project to create a special demonstration zone for the development of autonomous ship technologies near the southeastern port city of Changwon.

Construction of the control tower for autonomous ships will be completed next year. "By developing domestic technology to build autonomous boats, we will not only overcome our dependence on foreign countries but also secure a competitive edge in related technologies," an LIG Nex 1 official said, adding that there is growing interest in coastal control using unmanned systems and autonomous ship technology in South Korea following two cases of smuggling from China.

The South Korean coastguard found in April that smugglers left China's eastern seaport city of Weihai to arrive on the beach in Taean County some 110 kilometers (68 miles) southwest of Seoul using small speed boats that are hard to catch with radars. Eight Chinese smugglers were caught. Another speed boat probably used by Chinese smugglers was found abandoned in Taean on June 4.

LIG Nex 1 showcased a prototype of its latest series of unmanned surface vehicle (USV) Hae Gum (Sea Sword), an eight-meter-long monohull autonomous boat equipped with radar, special cameras, communication equipment and a cargo module. It also has a machinegun and AT-1K Raybolt anti-tank missiles mounted on a weapon station that can be remotely controlled.

The USV was designed to carry out surveillance and reconnaissance operations to monitor other ships that are engaged in illegal activities such as unregulated fishing, smuggling and human trafficking.