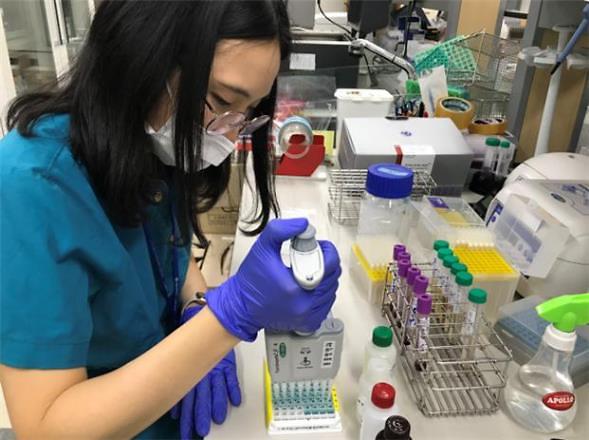 SEOUL -- A state-funded virus research group transferred a candidate material for COVID-19 treatment to LegoChem Biosciences, a domestic biopharmaceutical company that will push for the development of a new drug because it is less toxic and more effective than remdesivir, an antiviral medication approved in South Korea.

Originally, the group has developed a candidate substance for the treatment of MERS, but animal testing showed it was 50 times more effective than remdesivir developed by Gilead Sciences and introduced the treatment of serious COVID-19 patients in South Korea.

"It is considered highly likely to be developed as a new drug due to its very good substance and low toxicity," CEVI Convergence Research Group head Kim Beom-tae said. LegoChem was optimistic saying it would quickly enter clinical trials to develop treatments that work for mutating viruses.

South Korea has unveiled a roadmap for the treatment of COVID-19 to develop plasma treatment by the year's end as well as antibody treatment and vaccines next year. Researchers have been involved in quick experiments to check the efficacy of various drugs. For a short-term task, GC Pharma, a biotech company, has been involved in the development of GC5131A, an immunoglobulin drug based on plasma containing antibodies.