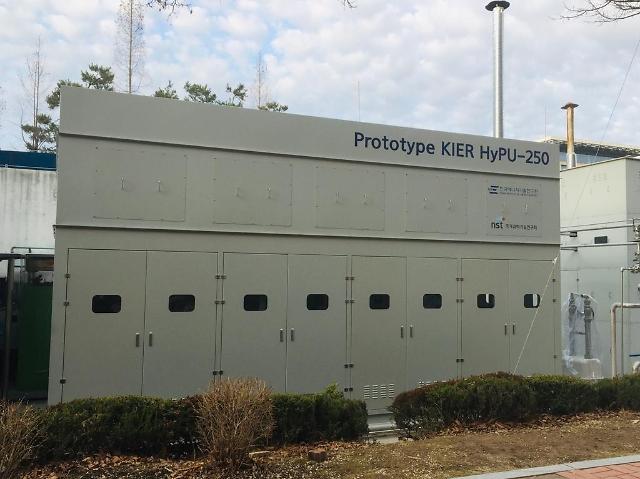 SEOUL -- A state research institute has developed a modular device that can collect 99.99 percent purity hydrogen, the main element in hydrogen fuel, from natural gas at a low cost.

Hydrogen is normally produced through the electrolysis of water or steam reforming by removing hydrogen from hydrocarbons at very high temperatures. About 95 percent of hydrogen is produced using the steam forming method.

"Because the production efficiency of hydrogen is higher than 80 percent and existing LNG supply chain can be utilized, hydrogen can be produced inexpensively without initial infrastructure investment," professor Yoon Wang-rae was quoted as saying.

The device consists of two modules, a reforming reactor that extracts hydrogen by reacting natural gas and water vapor, and a purification module that separates impurities such as carbon monoxide, carbon dioxide and methane.

South Korea has imported reforming reactors from Japan. The new hydrogen collecting device would be priced at one billion won ($849,152), which is about one-third of Japanese products. KIER has transferred technology to Wonil T&I, a domestic fuel and gas supply system maker, to demonstrate the modular device.