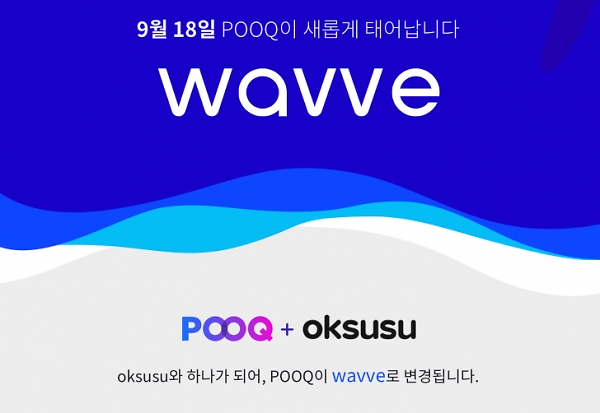 SEOUL -- Wavve, an over-the-top video-on-demand service in South Korea, fell short of initial expectations, failing to secure a stable pool of users despite efforts to check Netflix, the world's most popular online and mobile video content service which has gained a strong base of subscribers in South Korea with more than 50 million smartphone users.

Wavve was created by a joint force of South Korean over-the-top (OTT) service operators to challenge Netflix. SK Telecom (SKT), the top mobile carrier, has merged its OTT service "Oksusu" with "POOQ," an OTT service operated by three major broadcasters, as a strategic move to compete with the American content platform.

The domestic OTT service was launched in September last year, vowing to attract more than five million paid subscribers by 2023, secure some 500 billion won ($412 million) in annual sales and invest some 300 billion won in content production by 2023.

According to KOREANCLICK's data on Wednesday, Wavve had 3.46 million monthly active users (MAUs) in May, down 8.8 percent from the same period last year. The number of Wavve MAUs has decreased gradually this year from four million in November last year, compared to Netflix' 3.42 million MAUs. The American company had 6.37 million MAUs as of May this year.

Netflix launched its service in South Korea in 2016. Its video content platform mainly based on smartphones and smart TVs gained the attention of consumers with an array of popular TV drama series and original content.

Other domestic OTT services such as Seezn operated by KT, and TVING jointly run by South Korean entertainment giant CJ ENM and broadcaster JTBC, have increased their market share. TVING had 2.54 million MAUs in May, up 104 percent from the same period last year. Seezn had 2.36 million in May, up from 2.15 million in January this year.