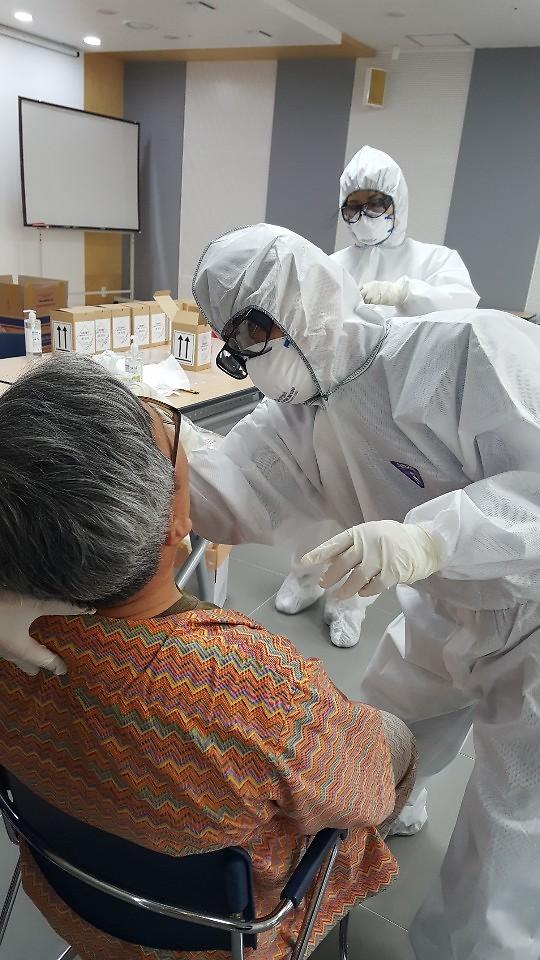 SEOUL -- To cope with a growing number of patients infected with a new coronavirus in Seoul and its surrounding province, South Korea will increase the number of state-designated community treatment centers that serve as temporary hospitals for COVID-19 patients showing minor symptoms.

To prevent a long queue in patients waiting for beds at isolation wards, patients have been divided into two groups. Critical patients have been treated at negative pressure wards at big general hospitals and those showing light symptoms have been sent to "life-care" centers manned by medical staff.

Government and private buildings equipped with lodging and dining facilities in remote areas have been used as temporary hospitals since the first one appeared on March 2 near the southeastern city of Daegu. South Korea used to run 16 "life-care" centers in rural areas until April 30, but many were closed after health officials achieved a certain degree of success in their fight to contain the epidemic.

"We will gradually expand the establishment of life-care treatment centers to cope with the spread of COVID-19 mass infection in the Seoul metropolitan area," Health and Welfare Minister Park Neung-hoo told a meeting of hospital officials involved in a national fight against COVID-19 which has infected 12,306 people as of June 18 with 1,191 still under treatment.
.
The Korea Centers for Disease Control and Prevention (KCDC) opened a new life-care center with 111 rooms on June 16 in Gwangju, a southeastern satellite city of Seoul. The second center with 200 rooms will be set up on June 20 in Ansan, 26 kilometers (16 miles) southwest of Seoul.

Compared to other countries, South Korea is still in a stable situation, but health officials admit they feel like walking on thin ice due to a chain of sporadic infections that have been reported in the densely populated metropolitan area since strict social distancing was eased in early May.

KCDC director Jeong Eun-kyeong has warned that South Korea should brace for a long-running fight as it's difficult to root out COVID-19 in a short period of time until fundamental solutions such as vaccines are prepared.