UAM Team Korea launched for development of drone taxis in 2025 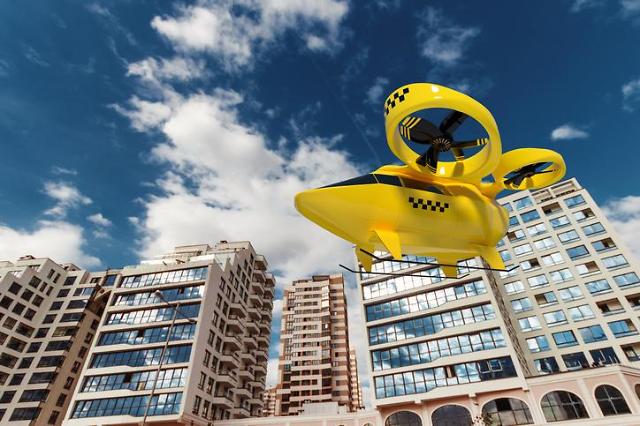 Urban air mobility (UAM) is an ecosystem covering personal air vehicles (PAVs) and infrastructure such as a new navigation system, take-off and landing fields and charging technologies. PAVs or flying cars are emerging as a future system of travel to avoid traffic jams on urban roads as the doorstep-to-doorstep average speed for cars is predicted to degrade further.

A government road map was unveiled on June 4, calling for the commercialization of drone taxis in 2025 and autonomous flights in 2035. Pilots will board flying vehicles for about 10 years after the first stage of commercialization. The government plans to prepare operating standards by 2024.

In an inauguration ceremony led by the Ministry of Land, Infrastructure and Transport on Jund 24, 40 companies, research groups and state bodies signed a memorandum of understanding to implement the UAM road map.

"South Korea is the first country to prepare a government-level road map and create a policy community in which the public and private sectors participate in order to realize UAM," Minister Kim Hyun-mee said in a statement. "We will spare no support and efforts to help Korean-style UAM grow into a world standard."

The Hyundai auto group has revealed plans to become the mobility service company. Executive vice chairman Chung Eui-sun, the group's virtual head, called for a drastic structural change to become a key player in the production of PAVs. Through collaboration with Uber, Hyundai unveiled its first electric air vehicle concept, S-A1, at a trade fair in Las Vegas.

Doosan Mobility will develop fuel cell technology for light and heavy flying vehicles. HSC, a South Korean defense contractor, has launched a campaign to nurture air taxis as its next growth engine. Electric and hybrid-electric vertical takeoff and landing aircraft, or eVTOLs, are being developed in the quest for autonomous passenger air vehicles.

In July 2019, HSC announced a $25 million equity investment in K4 Aeronautics, a U.S. personal air vehicle (PAV) developer, followed by the acquisition of a 30 percent stake in Overair, an American eVTOL company which was spun off from Karem Aircraft, an American aerospace manufacturer specializing in advanced tilt-rotor transport aircraft.