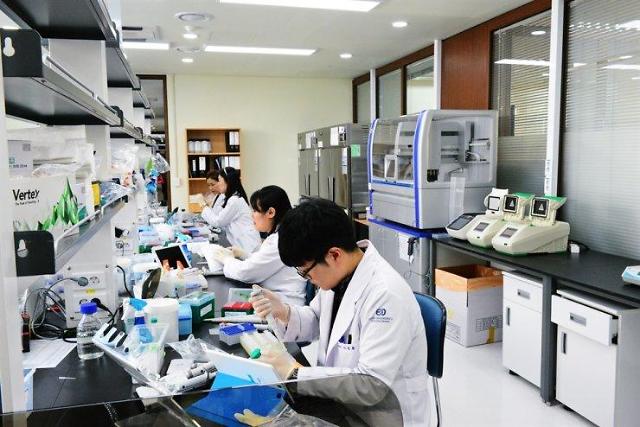 Noah Biotech and Eone Diagnomics Genome Center (EDGC) signed a memorandum of understanding for a project to cultivate stem cells derived from cow muscles in three dimensions. For commercialization, Noah Biotech's technology will be combined with EDGC's management and network.

"This joint development will be implemented with the conviction that cultured meat will become mainstream meat in the future, and we will launch a prototype within three years," said EDGC co-CEO Shin Shang-cheol.

Cultured meat is produced by in vitro cell culture of animal cells. It has yet to be seen whether consumers will accept cultured meat as meat. Potential factors of consumer acceptance are healthiness, safety, nutritional characteristics, sustainability, taste and lower prices. The production of cultured meat used to be expensive, but costs have been lowered through technological advancements.

Noah Biotech will use 3D bioprinting-based organizational engineering technology to produce thick clean meat in large quantities at low prices. The technology uses 3D printing to print the muscle derived from the cow and biomaterial containing fat cells in three-dimensional shapes and make it into a three-dimensional culture state at high speed.

"We will focus on reducing production costs and securing the price competitiveness of cultured meat by using 3D printing," Bae Ho-jae, a Konkuk University professor of stem cell and regenerative biology, said, adding that prospects are bright as COVID-19 boosts the consumption of vegetable-based meat.

Bae has been involved in research at Noah Biotech, which is developing antibiotic substitutes that can overcome the super virus by utilizing animal lactobacillus. Noah Biotech founder Park Yong-ho, a professor of veterinary microbiology at the SNU College of Veterinary Medicine, said that consultations are underway for technology transfer with Celltrion, a bio firm which has developed Linezolid, an effective antibiotic for bacterial infections and tuberculosis.