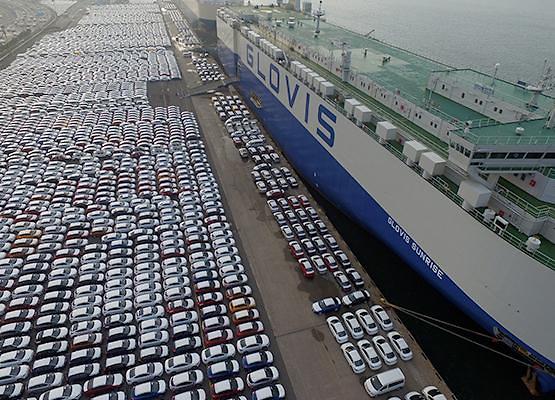 
SEOUL -- Hyundai Glovis, the logistics wing of South Korea's Hyundai auto group, has secured a long-term contract worth 518.2 billion won ($431.8 million) to ship finished cars produced by Volkswagen from Europe to China. With the deal, the South Korean company can increase the loading rate of ships and reduce logistics costs.

The contract with Volkswagen Konzernlogistik, the logistics unit of the German auto group, can be extended by two years after three years. Glovis said it was the biggest deal ever made with any global carmakers other than Hyundai Motor. Glovis will ship Volkswagen cars produced in Europe 10 times a month until December 2024 to major ports in China, including Shanghai, from the German port of Bremerhaven and the British port of Southampton.

Glovis said the deal would significantly improve the efficiency and stability of fleet operations as it will be able to fill the space of ships on the Far East route from Europe, which was relatively short of return cargo compared to other routes.

Glovis has worked hard to attract cargo aboard ships returning to the Far East after exporting finished cars from South Korea to Europe. The company said a joint venture established in March last year with Swedish shipping company Stena Rederi played a crucial role in winning an order from Volkswagen.