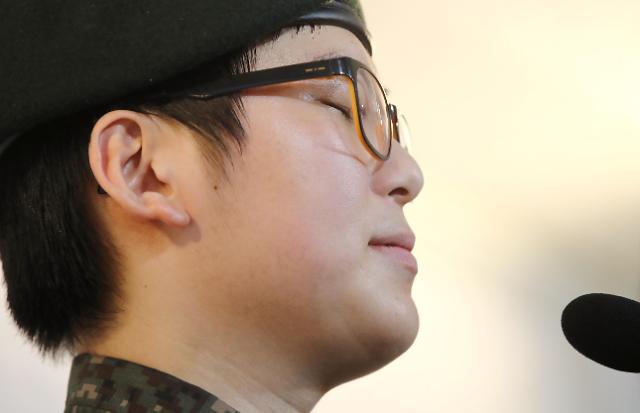 SEOUL -- A military appeals committee rejected a request by Byun Hee-soo, a 22-year-old transgender staff sergeant, for her undisrupted military service as a tank pilot at a front-line camp, ruling an earlier decision to discharge the soldier was made legitimately.

Byun has expressed a desire to keep serving in the military, but it's not known now whether the soldier will file administration litigation. Byung's legal fight has attracted widespread social attention as it was the first case of an active-duty soldier who underwent transition surgery during her vacation in 2019.

In a decision on January 22, an Army personnel committee kicked out Byun for sex reassignment surgery after a military medical team rated the officer as a "handicapped" person who is not eligible for military service. Byun has applied for court permission to correct gender, saying she had made up her mind because she could not endure serious depression caused by gender mismatch any longer.

South Korea's conscription law requires all able-bodied men to complete compulsory military service. The military classifies those who have a strong female orientation or homosexuality as sexual identity disorder and excludes them from conscription. There are no transgender soldiers because those who change their gender are automatically exempted.