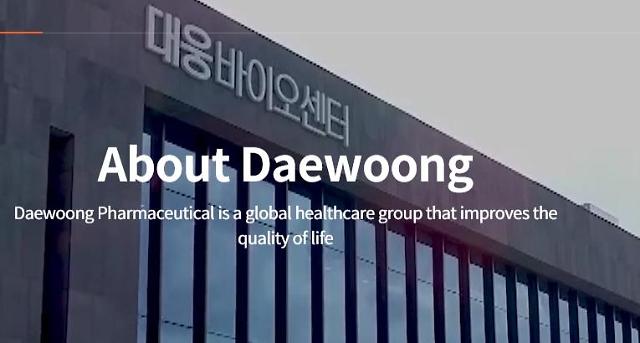 If the stability of DWP710 is confirmed in phase 1 clinical trials, Daewoong will go to the next stage of testing in South Korea within this year. Daewoong's joint venture in Indonesia is in charge of phase 1 testing. "We will speed up development so that the drug can be commercialized as quickly as possible," said Daewoong CEO Jeon Seung-ho.

Mesenchymal stem cells (MSCs) are multipotent stromal cells that can differentiate into a variety of cell types, including bone cells, cartilage cells, muscle cells and fat cells which give rise to marrow adipose tissue. MSCs have a great capacity for self-renewal while maintaining their multipotency.

In the testing of animals with acute respiratory disease syndrome, Daewoong said that DWP710 increased the survival rate by more than 30 percent, compared to a comparison group, while lung tissues damaged by inflammatory reactions recovered close to normal.

Daewoong has introduced a cell banking system. Daewoong's stem cells can be used immediately for patients because they can be frozen and stored in hospitals. The company claimed to have achieved progress in the initial animal testing of niclosamide, a tapeworm treatment medicine selected as a candidate for COVID-19 antibody treatment.

Institut Pasteur Korea, an infectious disease-focused research institute, has embarked on a co-research mission with a subsidiary of Daewoong, to test the efficacy of niclosamide (DWRX2003), which basically starves tapeworms to death. The medication is currently being researched for its effectiveness against various types of cancer.