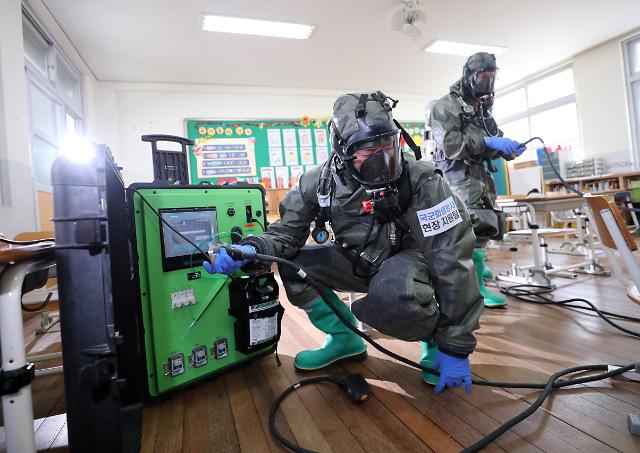 
SEOUL -- An association of doctors urged South Korea's state anti-epidemic center to enhance social distancing and conduct regular public antibody tests as gene sequencing showed that most recent infections were caused by a highly propagative strain of the new coronavirus reported in Europe, Africa and other regions.

South Korea eased strict social distancing in early May after achieving a certain degree of success in its battle to contain a COVID-19 epidemic, but the Korea Centers for Disease Control and Prevention (KCDC) has struggled with dozens of new cases every day for weeks. As of July 5, 1,005 patients are under treatment at designated hospitals. The virus has killed 284 people.

"Concerns are becoming a reality due to the easing of social distancing, with the recent outbreak of small group infections and the growing number of unknown infection routes," Korea Medical Association (KMA) president Choi Dae-zip said in an online news conference. He called for strengthened social distancing to prevent the spread of infections in large cities.

Choi suggested South Korea should quickly and regularly conduct antibody tests to find out the actual status of those infected with no symptoms. KCDC director Jeong Eun-kyeong has warned that South Korea should brace for a long-running fight as it's difficult to root out COVID-19 in a short period of time until fundamental solutions such as vaccines are prepared.

Based on the outcome of gene sequencing released on July 6, Jeong attributed the recent spread of COVID-19 in South Korea to the GH genetic strain which has been widely reported in Europe, Africa and other regions. Health officials believe the speed of GH's propagation is faster than those that hit South Korea earlier.

Research on virus mutations showed that the GH strain combines well with infected cells and has higher propagation, Jeong said. Genomes of 526 patients have been sequenced, and KCDC officials found that the GH strain was detected in 333 cases. The World Health Organization has classified the new coronavirus into different groups based on changes in amino acids caused by genetic sequencing differences.