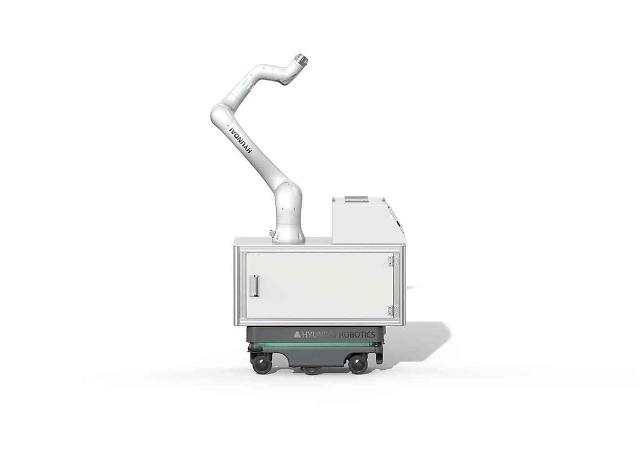 
SEOUL -- To nurture robot technology ideal for helping workers at small and medium-sized firms, South Korea has designated the southeastern city of Daegu as a regulation-free zone for mobile cooperative robots.

Cooperative robots normally consist of a multi-jointed robot arm with a manipulator about the size of a human arm. Such robots are smaller in size than brothers deployed at industrial sites and mega-sized factories, making them ideal for working alongside human workmates.

The decision to designate Daegu, some 235 kilometers (146 miles) southeast of Seoul, as an incubator for robot technologies was made at a government committee meeting led by Prime Minister Chung Sye-kyun. The program involves 18 firms that will demonstrate mobile cooperative robots produced by partner robot makers including Hyundai Robotics, a major industrial robot maker, until 2024.

Regulation-free zones are designated to accelerate the development of the Fourth Industrial Revolution technologies such as artificial intelligence, blockchain and robotics. Special technologies are exempted from government regulations.

Cooperative robots should be installed on fixed stations for safety reasons. However, Daegu will allow robots to be fitted onto a mobile platform with wheels. The effectiveness and safety of cooperative robots on wheels will be verified to develop safety standards.