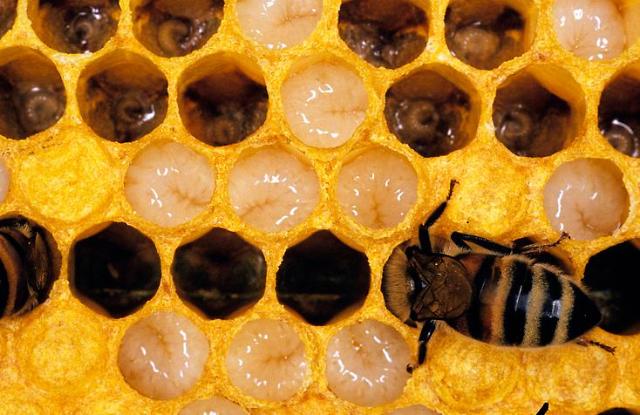 
SEOUL -- Male honey bees have been discarded by beekeepers as useless or ejected by worker bees from their hive in autumn to save resources. Finally, they found their part after South Korea's health regulatory agency recognized them as an edible insect that can be traded legally. What's more encouraging is that they are now seen as future food resources.

The Ministry of Food and Drug Safety said it has recognized male honey bee (drone) larva as a food insect because it contains three major nutrients: 16 percent of carbohydrate, 26 percent of crude fat and 52 percent of protein. During their larval period, male bees are fed royal jelly for three days as well as honey and pollen for the next four days.

"It is expected to be a new source of income for beekeepers at a time when it is difficult to reduce honey production due to climate change and industrialization," the ministry said in a statement, adding male honey bee larvae can be used as raw materials for foodstuffs and future food resources.

A drone's primary role is to mate with an unfertilized queen. Drones die off or are ejected from the hive in late autumn, and do not reappear in the beehive until late spring. They would deplete the hive's resources too quickly if they were allowed to stay. The life expectancy of a drone is about 90 days.

Edible insects are rich in protein and minerals and contain a high amount of unsaturated fatty acid. Edible insect species consumed globally include butterflies and moths, beetles, ants, bees and wasps, grasshoppers and crickets. They are raised as livestock in specialized insect farms from eggs to larvae status or to their mature form before being freeze-dried and packed whole, or pulverized to insect powder, to be processed in other food products such as bakery products, or snacks.