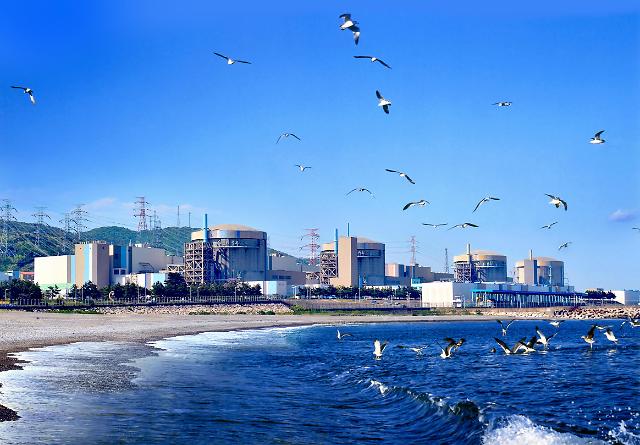 
SEOUL -- After a standstill for months coupled with opposition by environmental activists, a public committee launched the first round of open debate with hundreds of citizen representatives over how to handle piles of spent nuclear fuel rods, which have been a stringent issue in South Korea due to a U.S. ban on reprocessing to prevent potential proliferation in Northeast Asia.

The committee led by Kim So-young, a professor at the KAIST Graduate School of Science, Technology and Policy, hosted a three-day video teleconference with 510 citizens from 13 regions from July 10. The next meeting on the management, intermediate storage and permanent disposal of spent fuel from South Korea's 24 nuclear power plants will be held on August 1.

The first round of debate came six months after the Nuclear Safety and Security Commission, a state nuclear safety watchdog, approved the construction of seven more interim facilities for the storage of spent fuel in Wolseong, about 300 kilometers (186 miles) southeast of Seoul.

Initially, Korea Hydro & Nuclear Power (KHNP), the state-run operator of nuclear power plants, had sought permission to build 14 modular air-cooled canister storage (MACSTOR) units in Wolseong, but only seven have been built. KHNP has called for a quick solution, saying storage facilities in Wolseong would have no more space to store nuclear waste in March 2022.

In a TV forum in June, Song Jong-soon, a professor of nuclear engineering at Chosun University, said South Korea should establish an intermediate storage system because it takes up to 40 years to establish permanent disposal facilities deep underground. "Experts agree that we cannot increase temporary storage facilities indefinitely."

Environmental groups as well as many citizens in Wolseong and nearby cities have opposed the construction of additional storage facilities.

For technical and political reasons, South Korea has no intermediate storage or permanent disposal facilities, despite a never-ending debate over the reprocessing of nuclear waste. Used nuclear fuel has been kept in interim storage facilities. Spent fuel rods are first kept in storage pools of water, which provide cooling and shielding against radiation. After 7 to 10 years in wet storage, they can be transferred to dry storage such as concrete canisters, MACSTOR units and dry storage containers.

President Moon Jae-in has announced his "nuclear-exit" policy of phasing out nuclear power plants. South Korea, which has almost no reserves of fossil fuels on its territory, has pushed for a nuclear energy program, but Japan's 2011 nuclear meltdown in Fukushima drew unwelcome attention to the use of nuclear energy.

Washington has refused to revise a 2015 accord that effectively restricts reprocessing. U.S. officials have insisted that wider concessions on reprocessing could complicate efforts to denuclearize the Korean peninsula.