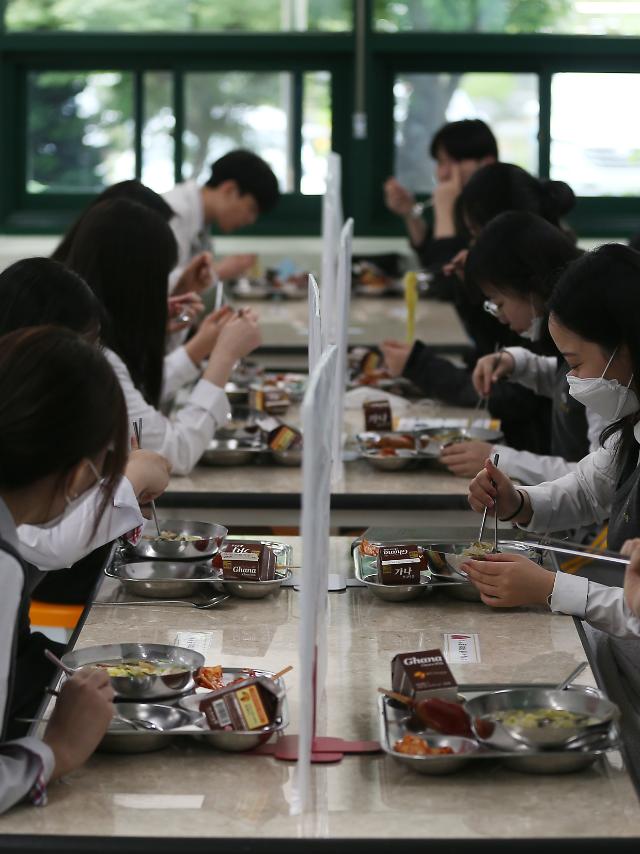 A file picture shows students having lunch at a school cafeteria installed with protective screens in the southeastern city of Ulsan. [Yonhap News Photo]


SEOUL -- Transparent plastic protective screens are widely used in many countries as a protective shield against COVID-19. South Korean researchers found that such screens should be more than 90 cm tall to act as an effective barrier to airborne droplets.

The state-run Korea Institute of Energy Technology Evaluation and Planning conducted an experiment and found that a protective partition more than 90 cm tall could block almost 99.9 percent of droplets.

Along with protective screens positioned in front of cashiers, receptionists and others working at multiuse facilities, health officials believe that masks have played a crucial role in preventing droplet infection caused by coughing and sneezing.

The institute suggested that foldable protective screens, which are quick to install and easily removable, should be developed for restaurants, bars and cafes to stop the spread of COVID-19. Health officials have recommended the use of protective screens but many restaurants in South Korea have yet to introduce them.