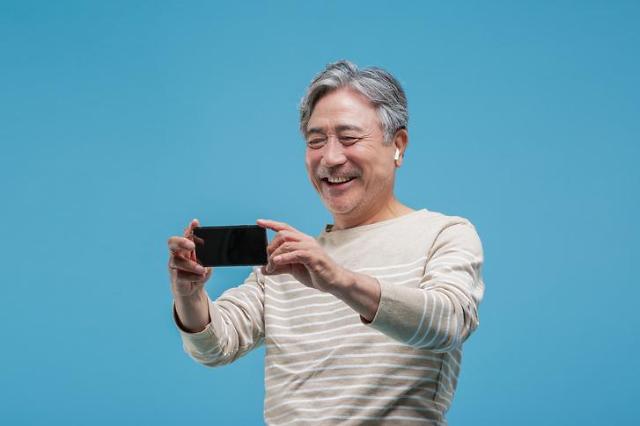 
SEOUL -- The nationwide social distancing campaign triggered by a coronavirus pandemic has introduced new forms of entertainment including enjoying Netflix, the world's most popular over-the-top video-on-demand service and online shopping to middle-aged South Koreans who find hard to use smartphones.

South Korea with a population of 51.7 million has the largest smartphone penetration rate in the world with 95 percent. However, middle-aged people mainly use smartphones to only make phone calls and chat with friends and families using messenger apps.

According to a survey of 500 South Koreans aged more than 50 years old, conducted this year by LINA Foundation, 38 percent said that they were introduced to using online video services such as Netflix and YouTube for the first time after the COVID-19 pandemic erupted earlier this year. LINA Foundation is a social contribution wing of LINA Korea, a domestic life insurance company.

Middle-aged people also used smartphones to remotely take care of their everyday chores such as going shopping and going to the bank. Duplicate responses showed that 32 percent has tried using online shopping malls while trying other services such as food delivery service (32 percent) and online financial service (27 percent) for the first time.

"I only used my phone to make phone calls and take pictures. Now, I order groceries, watch painting lectures on YouTube and check my bank balance using smartphone services. They are so convenient," Kim Young-mi, a 67-year-old housewife told Aju news. "I wish I had known to use such features a long time ago," she said.