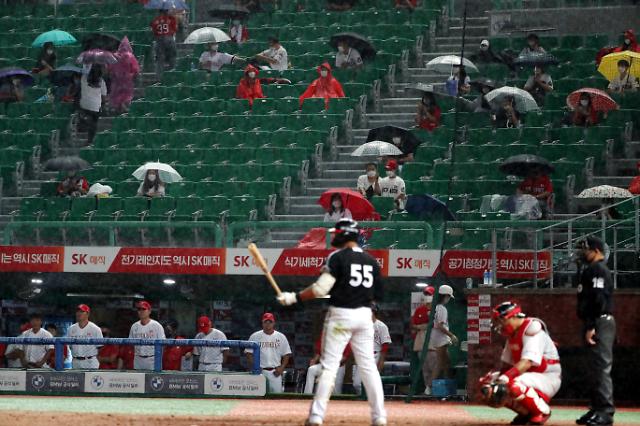 SEOUL -- An automatic judging system will be tested for South Korea's second-tier professional baseball league with cameras tracking all pitches in real-time based on fixed ground location information to determine the ball or strike. The system has been installed at two baseball stadiums for test operation in two cities.

The Korea Baseball Organization (KBO) said it would test the automatic judging system in Masan and Icheon. Three cameras will track all pitches in real-time based on fixed ground location information, including pre-measured mound, home plate and base.

The results are converted to voice through a dedicated application and transmitted through earphones worn by the referee. Based on voice reception, the referee will exhibit a hand signal. All situations other than ball or strike decisions will be the same as in existing competitions.

Through the pilot operation, the governing body of South Korea's baseball leagues said in a statement that it would find ways to improve the stability and speed of automatic judging as well as the accuracy of judgment through trial and error.

Professional baseball is the most popular sport in South Korea. The main league has ten franchises, and the second-tier Futures League consists of two divisions, Southern League and Northern League, which has six teams each. The KBO has introduced a prolific robot reporter called "KBOT" to provide Futures League game results fast in the form of human-readable news articles.

The robot reporter automatically generates articles with game statics entered into its own algorithm. It still requires human editing to turn the draft into readable articles to be published on the KBO website. Using a sentence-generating algorithm, it can determine the flow of articles according to situation and context, and restrict repeated expressions with various template settings.