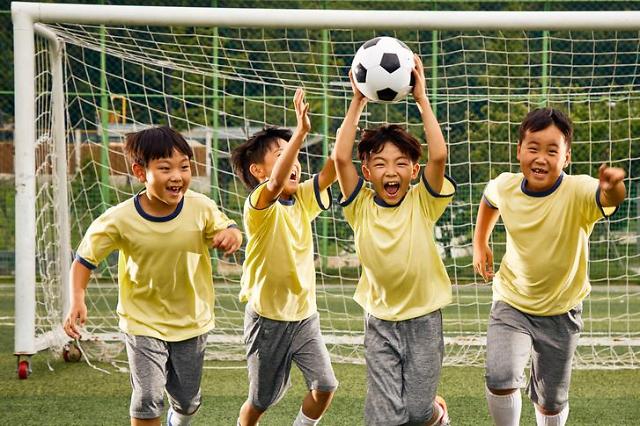 
SEOUL -- Seoul has launched a 30-day open online discussion in a bid to set up an ordinance that will guarantee children's rights to play. Currently, other local governments including the southern port city of Busan has adopted an ordinance to guarantee more free time for children to play and self-develop.

According to 2019 data released by Statistics Korea, a state statistical office, 44 percent of teenagers had less than two hours of free time a day. The lack of free time was the result of academic activities after school. Teenagers spend an average of 2.5 hours a day to study after school. About 73 percent of students took extra tuition classes at private education institutes.

In Seoul, an elementary school student is given an average of 29 minutes a day to play while they spend a daily average of six hours and 49 minutes to study. Seoul city officials have warned that lack of free time could cause mental health problems such as depression, attention deficit hyperactivity disorder (ADHD) and anxiety disorder among children.

From August 13, the Seoul city government will encourage citizens to actively participate in a one-month-long online discussion about adopting an ordinance to guarantee teenagers' right to play. The discussion was prompted by an online petition uploaded by an elementary school student in May onto Seoul's online citizen advocacy platform.

"I would like to make a suggestion to create Seoul into a place where I can freely play and rest," Kim Jung-hyun, a sixth-grade elementary school student living in western Seoul said in his petition. Kim insisted that school students need a variety of spaces to rest and play in order to ensure the healthy development of teenagers.

In response to Kim's petition for rights to play, Seoul vowed to actively listen to citizens' voices, saying that some local district governments are currently preparing new ordinances to ensure the free time of teenagers.