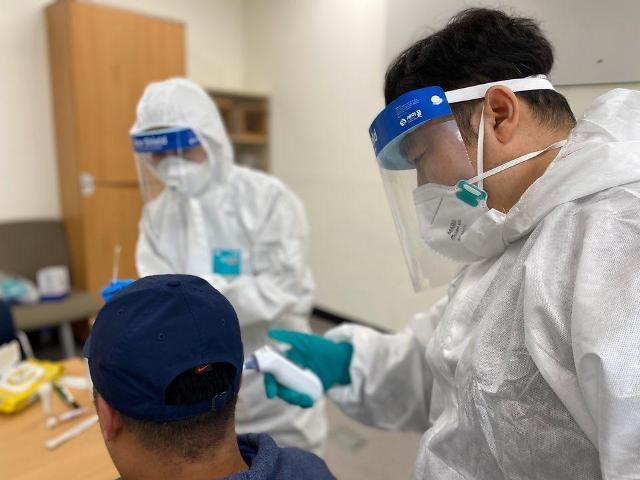 
SEOUL -- South Korea will try to make a quick acquisition of COVID-19 vaccines that can inoculate at least 70 percent of its entire population through cooperation with an international body or foreign companies if the independent development of effective vaccines is dragged out.

The decision was made at an anti-epidemic conference chaired by Health and Welfare Minister Park Neung-hoo. South Korea has unveiled a roadmap for the treatment of COVID-19 to develop plasma treatment by the year's end as well as antibody treatment and vaccines next year.

"In order to protect the lives and safety of the people, the government will try to secure vaccines that can immunize the entire nation. In case of difficulty, however, vaccines will be acquired in stages so that at least 70 percent can be inoculated," Park said, adding negotiations are also under way with foreign companies.

Park said that South Korea would actively participate in COVAX Facility, an organization created to guarantee quick and equitable access to COVID-19 vaccines throughout the world. The government decided to preferentially vaccinate health officials, workers at essential social facilities, soldiers, old people and those suffering from chronic disease.

At talks on August 20 between Prime Minister Chung Sye-kyun and pharmaceutical companies involved in the development of vaccines, Celltrion Chairman Seo Jung-jin said that quick government approval would help companies expedite clinical trials. "We will step up efforts to realize regular production by the first half of next year at the latest," Seo said.

Celltrion has been involved in a state project to produce therapeutic antibodies in the first half of next year. In an evaluation test, Celltrion's antibody treatment was found to be effective in neutralizing the mutated strain of the SARS-CoV-2 coronavirus. SK Bioscience will produce the antigen of a vaccine candidate being developed by Novavax, an American vaccine development company.