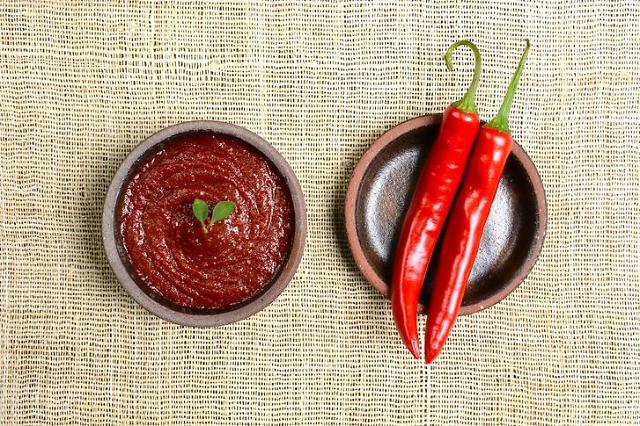 SEOUL -- Partly thanks to the growing popularity of K-drama, exports of "Gochujang," the Korean chili pepper paste, saw a noticeable increase this year with its fiery, sweet and savory flavor attracting curious gourmets abroad.

Gochujang, made of fermented blocks of beans, red chili pepper and sugar, bears a deep, spicy and sweet flavor that matches many kinds of menus including meat, soup, salad and simple snacks. The global exposure of Gochujang has significantly increased in recent years through South Korean TV dramas and entertainment programs.

The Korea Agro-Fisheries & Food Trade Corp (aT) said in a statement on August 28 that exports of Gochujang in the first half of this year were valued at $23,674,000, up 27.3 percent from a year ago. "We think that Korean food has gained the attention of fans watching K-drama on Netflix while Gochujang, the main ingredient of Korean menus, became popular," an aT official was quoted as saying.

Thailand showed the biggest increase in imports of Gochujang. The Southeast Asian country, which is famous for its hot and spicy "Sriracha" sauce, imported $998,000 of Gochujang in the first half of this year, up 170.5 percent from $369,000 a year earlier.