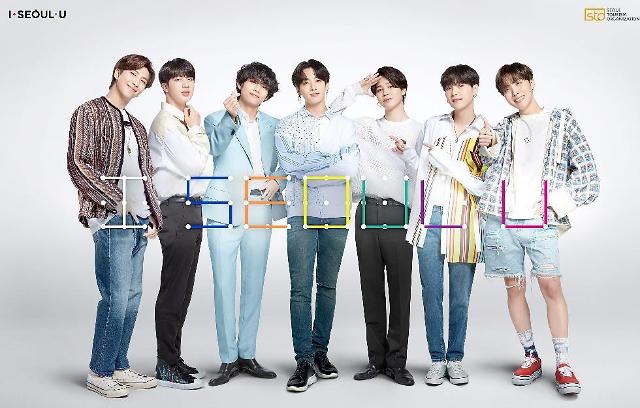 SEOUL -- A promotional video clip featuring K-pop band BTS will be released next week in an effort to support Seoul's coronavirus-stricken tourism industry and to globally promote the beauty of South Korea's capital city.

Seoul Tourism Organization said in a statement on September 3 that the Seoul's tourism governing body will release "See You in Seoul," the promotional video clip featuring BTS, on September 11.

"The promotional video featuring BTS will provide huge support for the country's tourism industry that was hit hard by the COVID-19 pandemic," a Seoul Tourism Organization official was quoted as saying.

No details have been unveiled yet but the promotional video clip is about 1 minute and 30 seconds long. BTS has been promoting Seoul's tourism since 2017. According to Hyundai Research Institute's data, BTS has played a vital role as South Korea's cultural ambassador in 2018, boosting tourism and sales of cosmetics products. The value generated by BTS was estimated at 4.1 trillion won ($3.4 billion) annually.