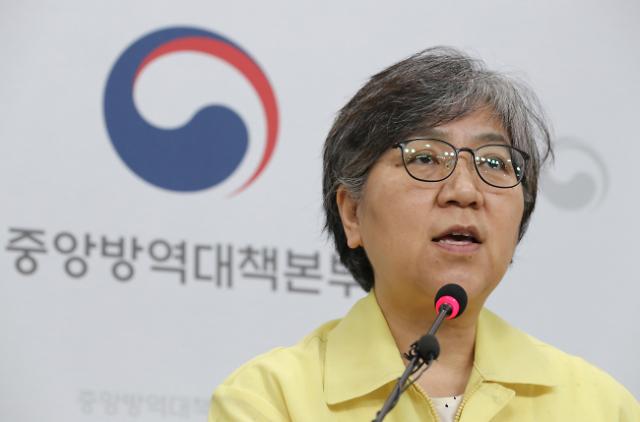 SEOUL -- South Korea has led a global anti-epidemic campaign with innovative quarantine technologies such as drive-thru or walk-thru systems to reduce the time for the screening of COVID-19 patients. As the flu season comes near, the country's state anti-epidemic center came up with the new idea of testing flu and COVID-19 simultaneously with one diagnostic kit.

Several reagents for simultaneous testing await approval from the Ministry of Food and Drug Safety, according to the Korea Centers for Disease Control and Prevention (KCDC). "If approval comes, we believe that a simultaneous diagnostic kit can be introduced to shorten the time for testing," KCDC director Jeong Eun-kyeong told a regular press briefing.

The flu season typically falls sometime between the start of fall and the end of spring. KCDC officials called for the free flu vaccination of some 1.9 million people, or 36 percent of the entire population. "Since influenza and COVID-19 have similar symptoms, we believe that identifying two is very important in response to this fall season," Jeong said, adding South Korea should introduce a new method to test two samples simultaneously.

For the quick and extensive tracking of potential COVID-19 virus carriers, Jeong suggested that her center would consider adopting a combination of easy saliva sampling and nasopharyngeal swabs for polymerase chain reaction (PCR) diagnostic tests. PCR is a molecular biology technique to amplify and detect DNA and RNA sequences. The real-time PCR method that amplifies specific DNA samples has been widely used in South Korea.

Jeong still regards PCR testing based on nasopharyngeal swabs as the most accurate method. However, she said KCDC officials are now conducting a comparative analysis of easy sampling using saliva "in case of high demand for testing or difficulty in collecting accurate samples."