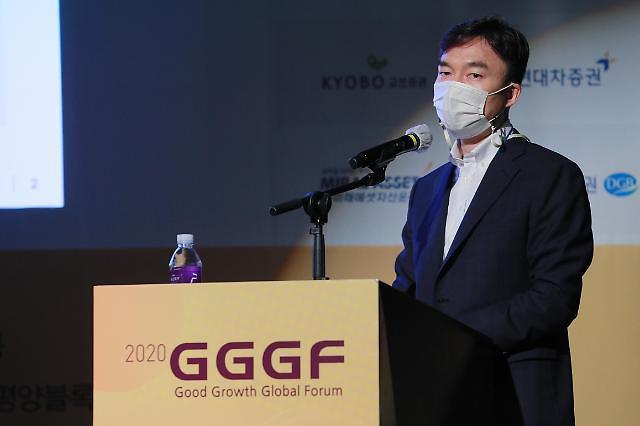 SEOUL -- The introduction of artificial intelligence and big data technologies will play a positive role in a new normal era as they can be applied to all age groups without alienating old people, who are vulnerable to digital transformation, a private big data center chief said, based on the analysis of consumption patterns.

"In the new normal era, we will evolve into an inclusive society with no digital gap through the use of big data," Lim Se-hyun, head of the big data center at BC Card, the biggest payment processing company in South Korea, spoke at the Good Growth Global Forum (GGGF) in Seoul on September 9~10.

"According to the recent analysis of consumption patterns, the trend of online replacing offline is accelerating," Lim said, adding online sales of BC Card clients rose in the first half of this year while offline sales were down. "Consumption patterns are spontaneously and actively adapting to new changes and the new normal era."

Lim said the perception of home shopping has changed with consumers treating it like friends. "In the case of home entertainment, offline consumption such as movies and performances has decreased, while sales of Netflix and others have increased," he said.

With the introduction of telecommuting, offline consumption has become pluralized. The center of Seoul, which is densely populated with offices, saw its offline sales drop about 16 percent on-year in the first half of this year, while consumption in residential areas in nearby cities has increased, Lim said.