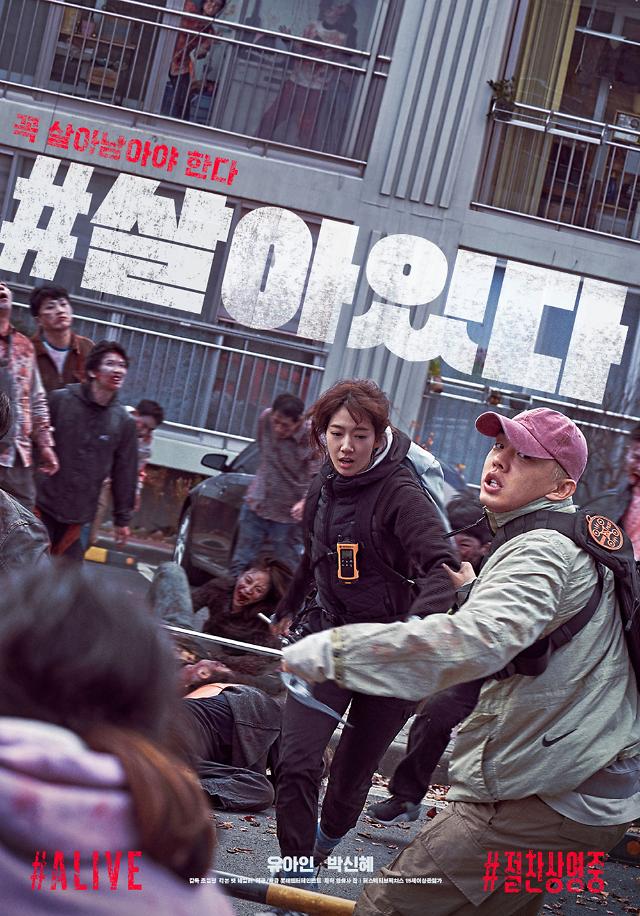 The zombie film starring actor Yoo Ah-in and actress Park Shin-hye was released in cinemas in June this year but its creators have decided to release #ALIVE through Netflix about three months after its domestic release because of a coronavirus pandemic that prompted people to stay at home and avoid crowded places such as cinemas and sports facilities.

According to FlixPatrol, a video-on-demand (VOD) and streaming content ranking service, #ALIVE has become the most popular film in the world on September 11. The second-most popular film is "Love, Guaranteed," a Netflix Original film directed by Mark Steven Johnson.

#ALIVE depicting survivors of zombie-infested South Korea was based on an original story written by an American director Matt Naylor. The film is the second zombie film to be released after "Peninsula," directed by Yeon Sang-ho.

Yeon Sang-ho has written a new history in South Korea with the 2016 zombie-action film "Train to Busan," the prequel of Peninsula, by garnering attention from home and abroad. Before the success of Train to Busan, zombie films were treated as B-rated budget time-killing movies which did not receive much attention in the country where Hollywood action blockbusters and love story films were successful.