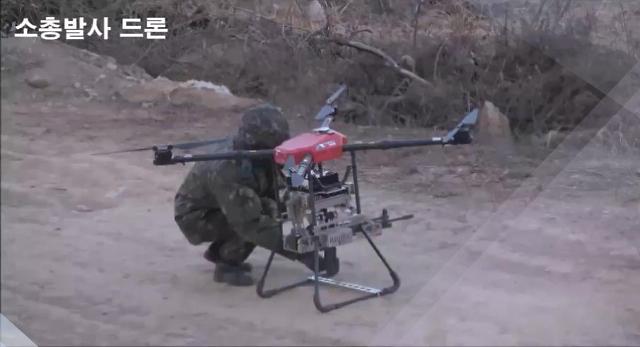 A soldier operates a prototype attack drone equipped with a K-2 assault rifle. [Courtesy of the Defense Acquisition Program Administration]

SEOUL -- South Korea's arms procurement agency disclosed images showing the prototypes of two military attack drones, one equipped with a K-2 assault rifle and the other with grenade launchers, that would support soldiers in battlefields.

In an online seminar on September 15, the Defense Acquisition Program Administration (DAPA) said that it has started a ten-year project to spend some 2.7 trillion won ($2.2 billion) on beefing up military drone capabilities. Images of two attack drones and a black reconnaissance drone were released.

The drone development project would be carried out in two tracks. The agency will cooperate with local companies to develop and acquire key technologies for vertical take-off and landing unmanned aircraft and attack drones. 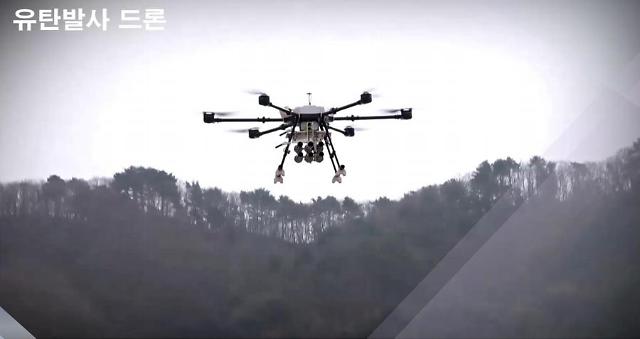 A prototype attack drone equipped with multi-grenade launchers is being tested. [Courtesy of the Defense Acquisition Program Administration]


DAPA will purchase reconnaissance drones, communication relay drones, attack drones and unmanned aerial vehicles (UAVs) that would monitor battlefields and collect map data for precise artillery attacks in real-time from high altitudes. South Korea established its first military drone academy in 2017 and will operate more in a program to nurture about 1,000 drone operators every year.

Drones and UAVs are widely used in battlefields and for reconnaissance because of their versatility and costs. UAVs have no risk of losing valuable human assets when they are shot down. According to the International Institute for Strategic Studies, a British research institute, the United States has the largest number of military drones. Many U.S. drones and UAVs support soldiers in the Middle East.