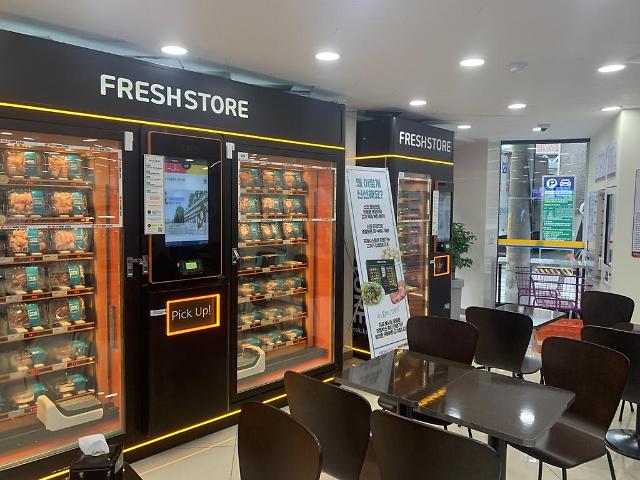 SEOUL -- Ministop, a convenience store franchise, launched a vending machine test service for fresh meat, targeting working single households or other consumers who wish to buy meat late at night after the closure of butcher stores.

Frozen meat and ready-to-cook or ready-to-eat packages containing ingredients for one or two people are commonplace at convenience stores across South Korea, favored by consumers who do not have enough time to visit butcher shops after work, or single households who want to buy small portions for a single meal.

Consumers can check the freshness of meat through the show window of the vending machine that is designed like a refrigerated showcase, Ministop said. Consumers can pick various meat products including Black Iberian Pork from a traditional breed of the domestic pig that is native to the Iberian Peninsula.

According to Statistics Korea, a government agency, the number of single households in South Korea as of November last year stood at 6.1 million, or 30.2 percent of South Korea's total households.